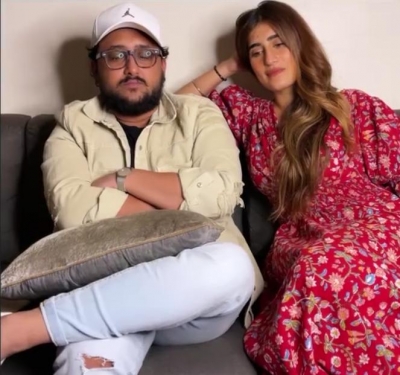 Mumbai– Singer Akasa, who has come out with a breakup song titled “Yaad na aana” with and Yash Narvekar, feels independent music is one of the best carriers of stories shared in a miniature format.

“I think independent music is one of the best carriers of stories told in a miniature format. With ‘Yaad na aana’, we’ve tried to capture a story that follows after love is lost between couples. The composition is fresh, and this being my first heartbreak song, singing it and collaborating with Yash was an amazing experience,” says Akasa.

The song conveys it is okay if partners drift apart, and highlights that life is too short for bitter grudges, and it is greater than the relationships we lose.

Singer-Composer Narvekar said: “‘Yaad na aana’ is a very special song for me as it stands out from the music I’ve composed and written in the past. I can’t wait to see the response to this track.”

Narvekar has sung hits such as “Muqabla” in “Street Dancer 3”, “Mere dil mein” in “Half Girlfriend” and the title song of “Mubarakan” with rapper Badshah.