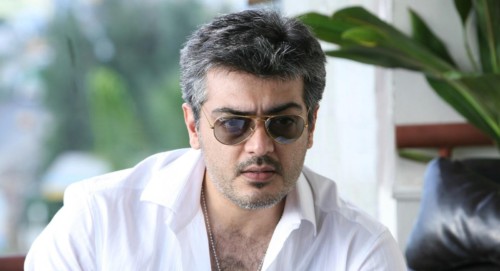 Chennai– Actor Ajith Kumar offered his prayers at Tirupati temple on Tuesday ahead of the release of his Tamil film “Vivegam” next month.

In a video that has gone viral on social media, Ajith is seen dressed in white shirt and dhoti and posing with fans for selfies at the temple.

“He had gone to attend the Subhprabhat seva darshan on Tuesday morning. He had reached Tirupati on Monday night,” a source close to the actor told IANS.

The source added that it’s a ritual for Ajith to visit Tirupati before the release of his films.

In “Vivegama, slated for release on August 10, Ajith plays an Interpol agent.

Directed by Siva, the film marks his third time collaboration with Ajith after “Veeram” and “Vedalam”.