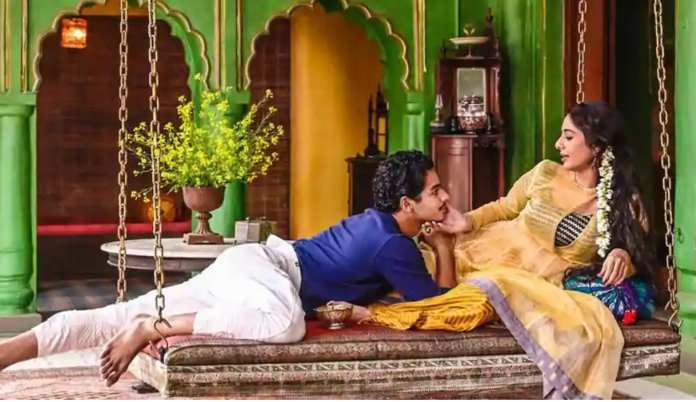 One of two things happen when Mira Nair tries making an Indian film in India. She crafts a story that is beautifully authentic and inspired by India that is (think Salaam Bombay! or Monsoon Wedding). Or, she tries recreating an India that was, in which case the outcome is beautifully plastic (think Kama Sutra).

Nair’s new web series talks of an India that was. The show diligently tries to belong to the former lot, but tends to gravitate to the second category.

Maybe it was the challenge of adapting Vikram Seth’s book of the same name. A massive work of fiction comprising nearly six lakh words would seem difficult to capture in six episodes.

Or maybe, just as it was blatant in the case of Kama Sutra, Nair was out making an Indian film in India for the West (you could say that idea defines all her India-centric works, but at least Salaam Bombay! or Monsoon Wedding managed to fall into an engaging storytelling rhythm).

The trouble with A Suitable Boy is despite so much story to tell, the narrative tends to flag. It is a script drawn from one of the most eventful phases of Indian history — early fifties when a newly independent nation was discovering sovereignty — and yet it struggles to capture that essence. The screenwriting is by Welsh veteran Andrew Davies, who seemed so much in comfort zone adapting Pride And Prejudice, Vanity Fair, Bleak House or Sense And Sensibility and, not to forget, co-writing House Of Cards. Yet, an element of laziness seems to take over the storytelling as Davies attempts to craft an Indian story.

A major problem is also the language. Based on an English novel and adapted by British writer Davies, the primary language of the dialogues is English. It seems okay watching upper crust Indians speak in the language at home and outside — even Tabu’s exquisitely executed courtesan Saeeda Bai looks passable mouthing English dialogues. The trouble with opting for English audio to watch the show is it really seems awkward when Vijay Varma’s Urdu teacher converses in the language with his ward, or when the ‘kattar’ Hinduvaadi politician (played by Vinay Pathak) vehemently makes a point in English.

On the other hand, watching the show in Hindi throws up a different glitch. Since it has been shot in English, there is naturally no coherence between lip movement and the uttered words. Seen with Hindi dialogues, the ironically Indian story looks like a product of messed-up sound engineering, to the point of being ludicrous.

Davies’ story based on Seth’s novel starts off on a bright note. We meet Lata (Tanya Maniktala), a student of literature who is strong-willed, intelligent and free-spirited. Her mother insists it’s time for her to get married, though she can’t help falling in love with the Muslim boy Kabir Durrani (Danesh Razvi), a history student in the University. Lata’s problems in life are quite removed from those of Maan (Ishaan Khatter), youngest son of revenue minister Mahesh Kapoor (Ram Kapoor). Maan sees the statuesque Saeeda Bai (Tabu) perform at a family function, and falls head over heels for her.

These stories of love run in tandem with a socio-political portrait of India the narrative tries drawing up. Mahesh Kapoor canvasses for a law that will render the Zamindari system obsolete. The year when the story begins is 1951, and the embers of Hindu-Muslim tension that started during Partition are still very much alive.

The episodes unfold rolling out these subplots and many more, as sundry characters join the plot. Despite so many characters and narrative threads, you soon begin to realise the storytelling lacks life. There is very little that happens in Lata’s and Maan’s lives that can be deemed surprising.

The series works because of its production merits and acting. Besides, for all flaws you may spot in the script, Mira Nair delivers the minimum quality you may expect from a cinematic product tagged with her name. This is a good-looking show all through, and Nair’s eye for detail while setting up the specifics of a specific societal milieu is always commendable — right from her days of Salaam Bombay! and Mississippi Masala. She reveals the nuances here, too.

Nair has assorted an interesting cast, and her ensemble of actors do brilliantly to bring the characters alive, toplined by a majestic performance by Tabu as Saeeda and Ishaan Khatter’s spirited rendering of Maan Kapoor.

The fact is established long before the first episode ends that Tanya Maniktala has a dazzling smile. Only, she needn’t have flashed it at every half a chance — her screen presence looks promising enough. The advantage of having a talented cast reprising roles is almost every frame has some nuanced turn of acting on display. Actors like Ram Kapoor, Rasika Dugal, Namit Das, Mahira Kakkar, Shahana Goswami, Aamir Bashir or Manoj Pahwa don’t have to try too hard to convince in any role. The show hugely benefits from that fact. Then there are the likes of Randeep Hooda, Ranveer Shorey, Vinay Pathak, Vijay Varma, Kulbhushan Kharbanda and Vivaan Shah, adding appeal with limited but soundly effective footage.

Despite these stellar performances, you realise the evident truth as the episodes roll. A Suitable Boy struggles to be a story that holds your attention. The series seems overwhelmed by the odds it might have scaled, and merely manages to showcase India as a culture and country in a way numerous western filmmakers have already done before. (IANS)