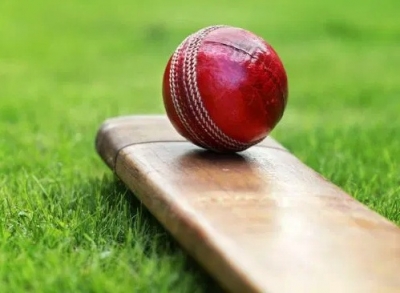 New Delhi– As the Indian cricket team prepares for a transition to a new head coach and a change of guard in the shortest format, its story is, in so many ways, the story of the nation itself. It is also a game that has inspired some of the most insightful writing across all genres. “Indian Innings” (Westland) collects some of the finest samples of this writing, thoughtfully curated by Ayaz Memon, one of India’s foremost sports journalists.

It’s all done in stages

In his own magisterial introduction, Memon traces the development of the sport in a newly independent country up to the 1970s, a decade of inflection points that dramatically altered Indian cricket. From K.N. Prabhu to P.N. Sundaresan and Dicky Rutnagar to Ramachandra Guha and Suresh Menon – those years of famous victories and of the Spin Quartet come alive.

The Prudential Cup victory, the legends that were Sunil Gavaskar and Kapil Dev, the Tied Test of 1986, the influence of television – voices as diverse as Raj Singh Dungarpur, Shashi Tharoor, Anil Dharker and Rajdeep Sardesai – capture the historic 1980s.

The post-1990s years have seen a profusion of cricketing riches for India. The Tendulkar Era, the epic Eden Gardens win in 2001, the 2007 T20 World Cup win, the emergence of the IPL, the 2011 World Cup win, the Dhoni captaincy era, the victory in Australia in 2021 and much more all feature in the essays of some of India’s finest sports writers, like Rohit Brijnath, Sambit Bal and Sharda Ugra.

Equally, the book wrestles with the game’s difficult history. The ‘Summer of 42’ (the score at which India capitulated at Lords in 1974), the match-fixing issue, the Greg Chappell saga, the Lalit Modi affair and more are addressed in pieces by Bishan Singh Bedi, Aniruddha Bahal, Pradeep Magazine, Sriram Veera, among others.

To round off these fine offerings is Clayton Murzello’s carefully prepared ‘Milestones’ section a superb snapshot view of the last 75 years.

As complete a picture of post-independence cricketing history as one could hope for, this riveting volume promises hours of reading pleasure for every cricket fan.

Ayaz Memon is an Indian journalist, columnist and author who writes on sports, politics, and social issues. A lawyer by qualification, he chose journalism over law, starting his career with Sportsweek and went on to edit newspapers like Mid-Day, Bombay Times and DNA apart from being Editor of Sportsweek and Sports Editor of The Times of India and The Independent at various stages of his 42-year-long career.

Memon has authored the “Wills Book of Excellence: One-Day Cricket” and “Thunder Down Under”, and co-authored “India 50 The Making of a Nation” released on the 50th anniversary of Indian Independence. He has also been a commentator for sports channels and an analyst on various issues for news channels.(IANS)