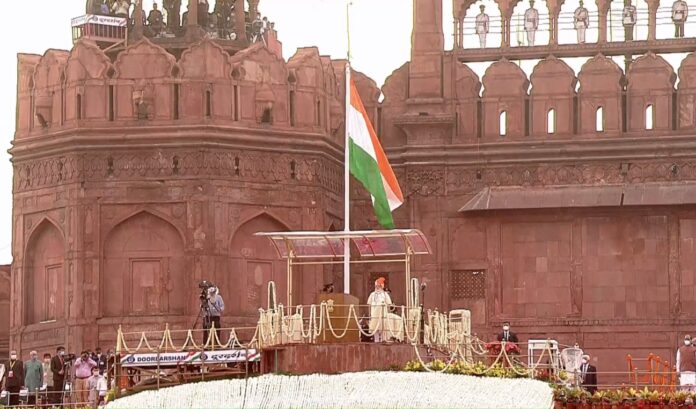 New Delhi–Prime Minister Narendra Modi on Saturday unfurled the Tricolour at the Red Fort and addressed the nation amid Covid-19 induced new norms after paying tribute at the Raj Ghat on the occasion of 74th Independence Day.

Continuing the tradition of sporting bright-coloured turbans for his Independence Day speeches, the Prime Minister chose an off-white saafa with broad streak of orange for the second I-Day address of his second term.

Modi also extended greetings to the people of the nation. “Happy Independence Day to all fellow Indians. Jai Hind!” tweeted Modi from his official Twitter account. 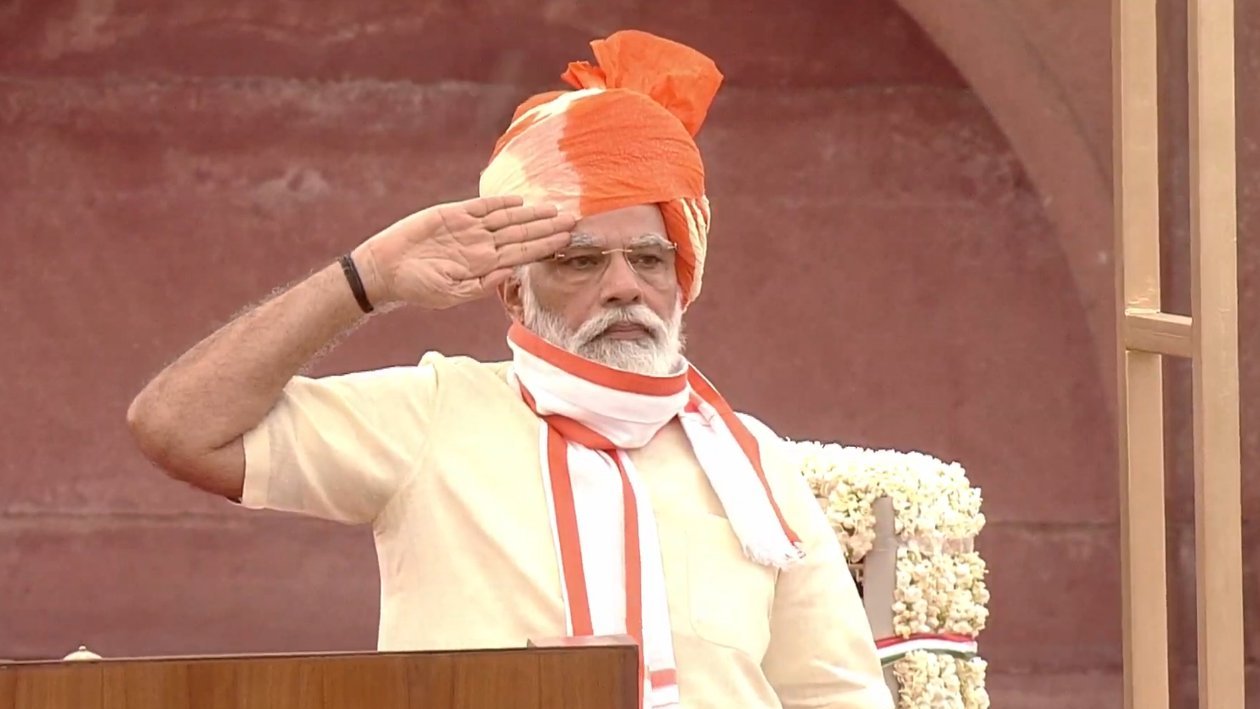 The Independence Day function, this year, is relatively muted in terms of participation of people in view of the Coronavirus pandemic.

On his arrival at the Lahori Gate of Red Fort, Modi was received by the Defence Minister Rajnath Singh and Defence Secretary Ajay Kumar.

The GoC then conducted the Saluting Base in the presence of the Prime Minister, where a combined Inter-Services and Police Guards presented the general salute to him. Thereafter, Modi inspected the Guard of Honour.

He then proceeded to the ramparts of the Red Fort where he was greeted by Rajnath Singh, Chief of Defence Staff General Bipin Rawat, Chief of Army Staff General M.M. Naravane, Chief of Naval Staff Admiral Karambir Singh and Chief of Air Staff Air Chief Marshal R.K.S. Bhadauria.

On unfurling the National Flag by Modi, the National Guard performed the ‘Rashtriya Salute’ as the Army Grenadiers Regimental Centre Military Band played the National Anthem.

Major Shweta Pandey assisted the Prime Minister in unfurling of the Tricolour that was synchronized with the 21 Gun Salute fired by the valiant gunners of the elite 2233 Field Battery (Ceremonial).

The National Flag Guard comprising 32 men and one officer each from the Army, Navy, Air Force and Delhi Police who presented the Rashtriya Salute. (IANS)