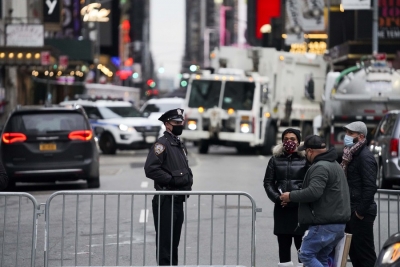 New York– As much as 74 per cent of voters in New York City say crime is a very serious problem in the city, reaching the highest level since the topic was included in the Quinnipiac University poll in 1999.

“Until now, the highest number of voters thinking crime was a very serious problem was 50 per cent back in January 2016,” said a release on a Quinnipiac University poll of registered voters in New York City on Wednesday, Xinhua news agency reported.

Meanwhile, 43 per cent of voters say New York City is less safe compared with other big cities, which is the highest level since the question was first asked by Quinnipiac in 2003.

The percentage of respondents personally worried about being the victim of a crime reached 65 per cent, the highest level since the topic was covered by Quinnipiac in 1999.

New Yorkers are feeling less safe about commuting in the subway, especially in the evening.

Only 27 per cent of respondents say they feel safe while using the subway in the evening, much lower than 51 per cent in October 2015.

The survey was conducted from February 3 to 7 with the participation of 1,343 New York City registered voters. (IANS)