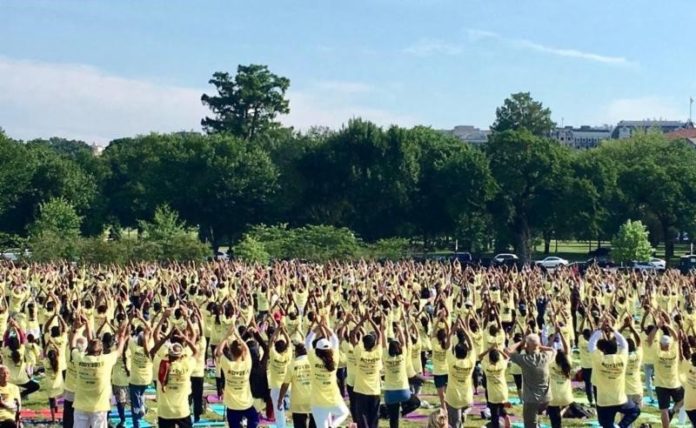 An unprecedented number of yoga enthusiasts of all ages and from every walk of life took part in the event, including representatives from the White House, US Department of State and other Government agencies, prominent members of the diplomatic community including Ambassadors of Nepal, Mauritius and Myanmar, members of international financial institutions including the World Bank and IMF, cultural and academic institutions, think-tanks, media and the Indian diaspora. 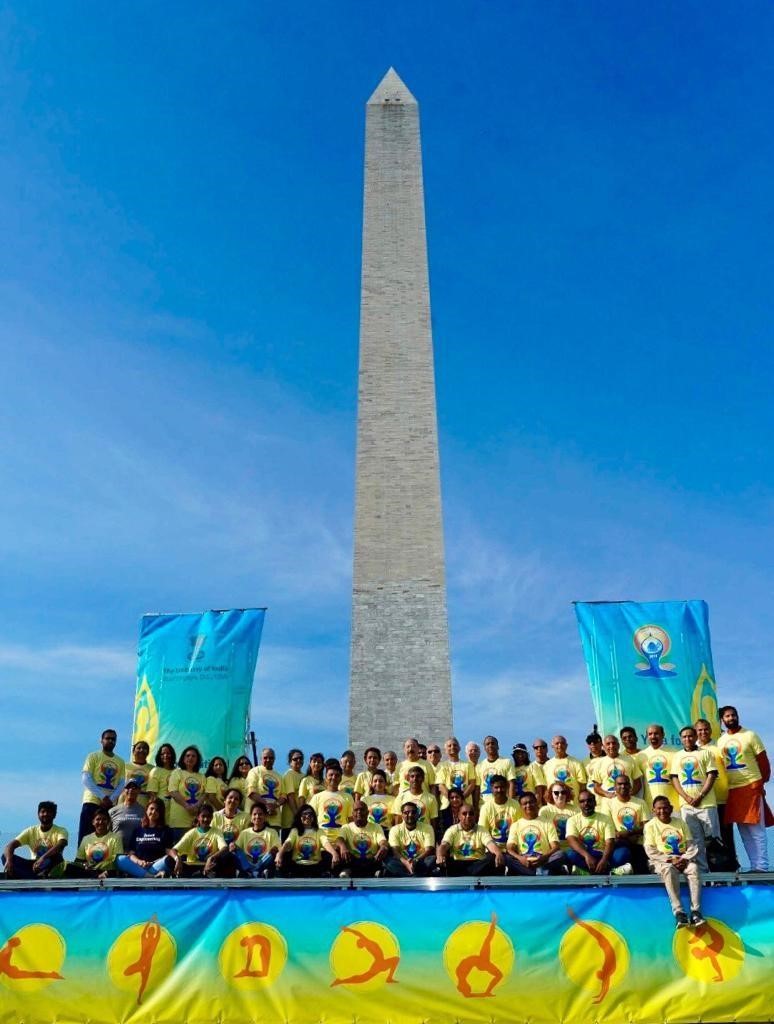 Welcoming the participants to the Yoga Day celebrations, Indian Ambassador Harsh Vardhan Shringla noted that yoga has been widely adopted by people all over the world, transcending linguistic and cultural boundaries, and has millions of practitioners in USA.  He said that yoga promotes a message of peace and harmony between the spiritual and temporal aspects of the world, making them philosophically a part of India’s civilizational ethos, echoed in the phrase, “Vasudhaiva Kutumbakam” meaning, “the World is One Family”.

A guided yoga session based on the Common Yoga Protocol was performed by the participants. The session was led by Dr. Moxraj, Teacher of Indian Culture at the Embassy of India, along with other yoga volunteers.  In the run up to this year’s IDY, the Embassy had organized several curtain-raiser events in collaboration with yoga organizations and yoga studios at several places in Maryland, Virginia, West Virginia, Kentucky and Washington DC, resulting in a record turnout for the Yoga Day celebrations. 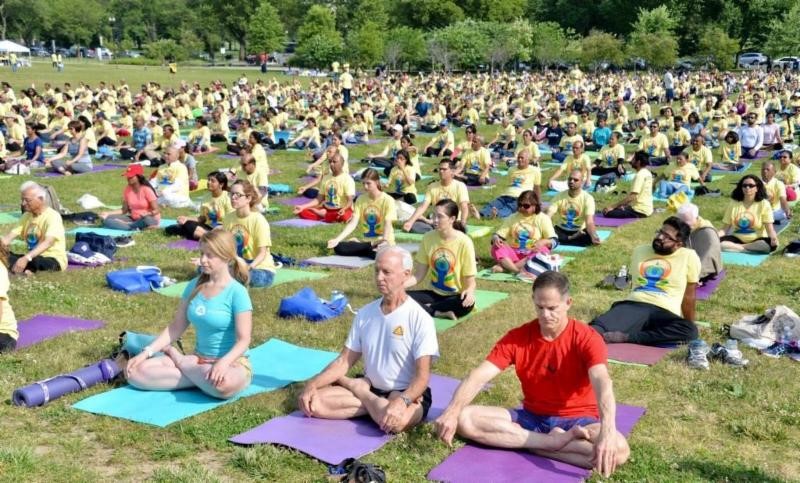 Events to commemorate the International Day of Yoga were also held across USA including in the major cities of New York, San Francisco, Atlanta, Houston and Chicago, where thousands of yoga enthusiasts participated in the events.

Following the IDY event in Washington DC, an Indian Vegetarian Food Festival was organized at the Freer│Sackler, the Smithsonian’s museums of Asian Art, located on the National Mall to commemorate the 150th birth anniversary of Mahatma Gandhi. Food connoisseurs in large numbers participated in the vegetarian food festival and savored delicacies from various regions of India. The festival also featured several cultural performances by talented local artists.