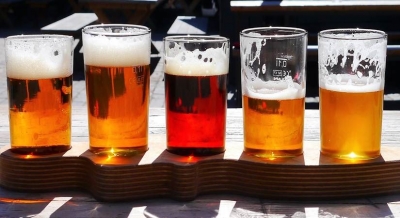 New Delhi– The summer this year has been really unforgiving with extended dry spells and record temperatures. Even weekend plans seem to be centred around chilling at house parties with free-flowing beer. As a beer lover, one should know what should be avoided while enjoying your favourite summer drink. “Beer helps in the prevention of coronary heart diseases, ischemic stroke, type 2 diabetes, and digestive tract infections; however, drinking in moderation is the key and there are certain rules which must be kept in mind while enjoying your favourite drink,” says Prem Dewan, the Managing Director of one of India’s oldest beer and malt spirit manufacturers, DeVans Modern Breweries Ltd.

Chilled beer should never be used as a thirst quencher. Beer is a great refresher but has an alcohol content between 4.5 per cent to 8 per cent, which gets absorbed quicker than water in the body. Hence, excessive consumption of beer during summer can lead to dehydration. It is therefore always suggested to drink water a lot of water after beer consumption.

As pointed out, alcohol in the beer gets absorbed by the body at a very fast rate. Be it summer, monsoon or winter, avoid driving after drinking beer. Though beer is considered a low alcohol product please keep in mind that even a couple of drinks of strong beer can result in a failed breath analyser test and with driving laws in the country becoming stricter with hefty fines and even jail terms it is just not worth it.

Favourite barbecued foods like seafood, liver, and meat have high purine content and the same is the case with beer. Taken together would result in dangerously high levels of purine in the body which might lead to gout. In extreme cases, carcinogens like benzopyrene released during the barbecue process will get absorbed at a much quicker rate when mixed with the alcohol in beer, hence increasing health complications. One should therefore stick to simple finger foods like nuts, nachos, fried or roasted chicken, fish or fries.

There is a difference between chilled and ice-cold beer. While chilled beer is refreshing and soothes the body, ice-cold beer can lead to a variety of gastrointestinal issues as the temperature of the gastrointestinal tract decreases rapidly. This ends up affecting blood flow which can ultimately affect the digestive system. So, if you suffer from diarrhoea after a drinking bout, consider drinking beer at a higher temperature the next time. Also, avoid the temptation of adding ice to beer though it would definitely become warmer as you consume your drink. Ice melts and would dilute the beer taking away much of its flavour and taste.

Avoid if dieting or pregnant

Though beer contains approximately the same calories as that of a soft drink, it contains a lot of nutrients in the form of various types of vitamins. It is also a good appetiser and leads to a craving for more food which can be awful if you are on a strict diet and counting every single calorie. However, ensuring that you eat healthy foods it would result in less calorie intake but being careful with the number of drinks you consume is the key. Likewise, for a pregnant woman, the alcohol gets mixed in the blood which is also supplied to the foetus and can affect its development. Say a big no to beer if you are pregnant or suspect pregnancy. (IANS)

Why speed dating is relevant in today’s time

5 reasons to bring kids into the kitchen

How air quality changes throughout the year?

De-stress with Yoga skills from Alexa

What do you gift a man who claims he has everything?