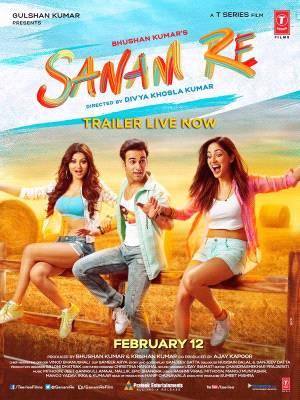 Actor Pulkit Samrat, who will be seen romancing Yami Gautam and Urvashi Rautela, took to Twitter to announce that the shooting has been wrapped up and also thanked the actress and the filmmaker for being “awesomest ever”.

“And it’s a wrap on #SanamRe thank you @yamigautam for being the awesomest ever…divyakhoslakumar”, Pulkit tweeted on Wednesday night. “Sanam Re”, which also stars actor Rishi Kapoor, is slated to release on February 12 next year.

Actress Nargis Fakhri has managed to get over two million followers on Instagram. She thanked everyone” for showering love on her. Nargis, who made her debut in Bollywood with the 2011 film “Rockstar”, shared on Twitter to thank her fans and followers.

“Two million on Instagram. Just thought I’d share that with you. Thank you and have a lovely evening,” she wrote. On the movie front, the actress, who was also part of films like “Madras Cafe”, “Phata Poster Nikhla Hero” and Hollywood film “Spy”, is currently busy with “Azhar”.

A recreation for Durga Puja has been made for megastar Amitabh Bachchan’s upcoming film “TE3N”. Amitabh, who will be sharing screen space with actors Nawazuddin Siddiqui and Vidya Balan, says that the celebration has been recreated on the “historic lanes” of north Kolkata.

“Recreating Durga Pooja for ‘TE3N’ film on the narrow congested but historic lanes of North Kolkata,” the “Piku” star tweeted on Thursday. “TE3N” is helmed by Ribhu Dasgupta and produced by Sujoy Ghosh.
Alia ecstatic with 7 million Twitter family

Mumbai– Young and raring to go actress Alia Bhatt is enjoying the love of her 7 million followers on Twitter. She says it urges her to work harder. “And and and special thank you to the 7m love! Big huggggggg… I shall work even harder today, haha…. hope I make you guys proud,” Alia posted on her Twitter page on Thursday.

Alia, daughter of filmmaker Mahesh Bhatt and Soni Razdan, made her Bollywood debut with “Student Of The Year”. She has since featured in films as different as “Humpty Sharma Ki Dulhania”, “2 States” and “Highway”. She has begun work on her new film, directed by Gauri Shinde and co-starring Shah Rukh Khan.

The brothers of Neerja Bhanot — the flight attendant who sacrificed her life while saving passengers from terrorists on board a hijacked flight in 1986 — are said to be happy with the way “Neerja”, the forthcoming Bollywood biopic on their sister, has turned out. Her brothers, Akhil and Aneesh, had even proudly presented the film’s trailer at an event in Mumbai. And they were also happy upon being shown some glimpses from the film, which stars Sonam Kapoor as Neerja Bhanot.

“The makers of ‘Neerja’ showed Akhil and Aneesh Bhanot glimpses of the film. The brothers were very happy with the end result and were of the opinion that all incidents have been portrayed in a realistic manner,” said a source associated with the makers of the movie. “Neerja” tells their sister’s heroic tale of saving 359 passengers from terrorists on board the hijacked Pan Am Flight 73 in September 1986.

During the pre-production phase of the film, the makers had received consent from Neerja’s family to proceed with the film. However, a condition was laid to honour her spirit. Directed by Ram Madhvani and produced by Fox Star Studios and Bling Unplugged, “Neerja” will release on February 19.

“Saala Khadoos” director Sudha Kongara is a happy woman as her very first film in Bollywood is produced by successful filmmaker Rajkumar Hirani. Kongara’s debut film is based on boxing and stars R. Madhavan with newcomer Ritika Singh. But she’s particularly in awe of Hirani.

“I feel blessed, fortunate and safe. My film is in the safest and most caring pair of hands and I am fortunate to be mentored by a filmmaker of his stature,” Kongara said in a statement. The movie, which is also penned by Kongara, revolves around a strict coach essayed by Madhavan, who relentlessly pushes his protege Ritika to overcome obstacles and achieve her boxing goals. It will release on January 29.