New Delhi–This year’s Akshaya Tritiya saw double gold sales across the country as compared to 2016, an expert said on Thursday.

“Akshaya Tritiya this year (2017) was excellent — it is estimated that about 35 tonnes of gold was sold across the country during this period, roughly double the numbers of last year,” Sanjeev Agarwal, Chairman at FICCI Gems and Jewellery Committee, said in an interview to BTVi. 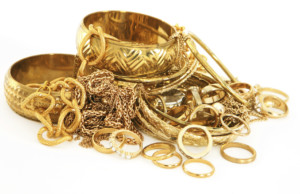 “This bullishness is set in due to a weak 2016, the changes in the risk regulation, which made people to stay away from gold or reduce their investment. People this year came back to the system with a vengeance,” Agarwal pointed out.

Agarwal added that consumers were vigilant of the restrictions on the purchase of gold jewellery.

“There were various regulatory changes taking place which had a direct bearing on both the sectors in terms of the jewellery retailer as well as bearing on the consumers,” Agarwal said.

“There were a lot of changes and the consumers were waiting to understand the impact. This has now been taken care of and the coming year should relatively be stronger than the last year,” he noted. (IANS)