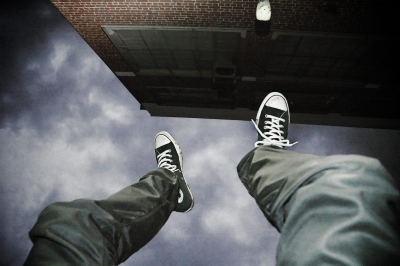 Gandhinagar–In a shocking incident, three members of a family committed suicide in the wee hours of Friday after cremating the head of the family who succumbed to  Covid-19 in Gujarat’s Devbhumi Dwarka district.

The police have registered a case of accidental death and further investigation is underway.

After the head of the family died of Covid in Dwarka City, the remaining three members of the family took the extreme step, the police said.

Businessman Jayeshbhai Vasantbhai Jain (60), who fell prey to Covid on Thursday evening, was the head of the family comprising his wife Shardaben (55) and sons Mukesh (38) and Durgesh (35).

After cremating Jain at the Dwarka crematorium, his wife and two sons returned to their home in the TV Station area at around 5 am on Friday. Soon after, all three of them consumed some poisonous substance and died, the police said.

“The family originally belonged to Nashik in Maharashtra and their Aadhaar card details show their residence in the Halol area of Vadodara. The incident came to light only after the milkman came to the house at around 8 am, following which the neighbours called the police,” Inspector P.B. Gadhavi told IANS. (IANS)