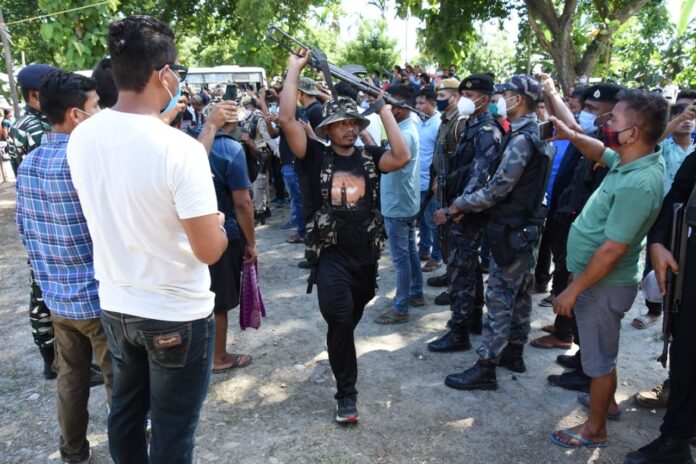 Guwahati– Twenty-three militants of National Liberation Front of Bodoland (NLFB) led by their chief and other top leaders surrendered in Assam on Thursday.

The 23 NLFB militants headed by their self-styled chief M. Batha laid down their arms to Assam Minister for Information and Public Relations and Parliamentary Affairs, Pijush Hazarika, at a function at Lalpani in Udalguri district in western Assam.

After welcoming the Bodo militants into the mainstream, Hazarika said that in response to the appeal of Chief Minister Himanta Biswa Sarma, the leaders and members of NLFB, including Batha, have finally returned home. 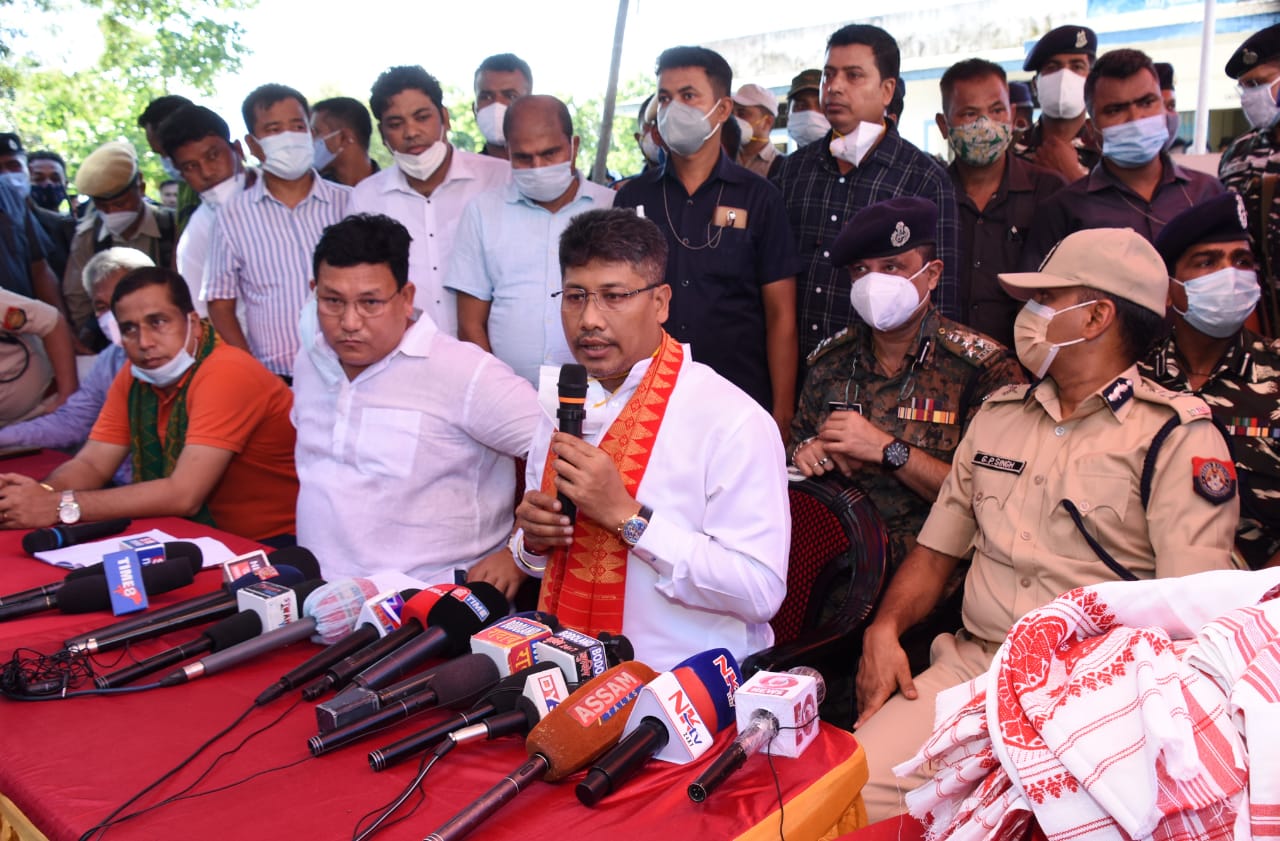 Former Assam CM and Union minister Sarbananda Sonowal said in a tweet: “The surrender of NLFB cadres including the outfit’s chief M. Batha is a welcome sign. This shows people’s trust in the new era of peace and development in Assam and Northeast under the leadership of PM Shri Narendra Modi ji. My congratulations to HM Shri Amit Shah ji and CM Shri Himanta Biswa Sarma.”

Batha, who was an expert sharpshooter in the now disbanded National Democratic Front of Bodoland (NDFB), had formed the new extremist group — NLFB — to revive insurgency in the Bodoland Territorial Region (BTR) in western Assam.

The National Investigation Agency had announced a Rs 10 lakh bounty on Batha.

Batha was among the 1,615 extremists who had laid down their arms on January 30 last year, after the Centre signed the third Bodo Peace Accord with four factions of the NDFB and the All Bodo Students’ Union, but subsequently went underground and formed the NLFB.

The peace deal accorded political and economic bonanza to the BTR sans a separate state or Union Territory as was demanded by the erstwhile Bodo militants.

Boro said that the BTR would be free from all insurgent activities after the surrender of the NLFB militants.

According to the Assam Chief Minister, a total of 3,439 militants from different groups have surrendered in the state since 2016.

The state government has been holding talks with 11 extremist outfits, including the United Liberation Front of Asom (Pro-talk faction), the Chief Minister said during the ongoing session of the Assam Assembly.