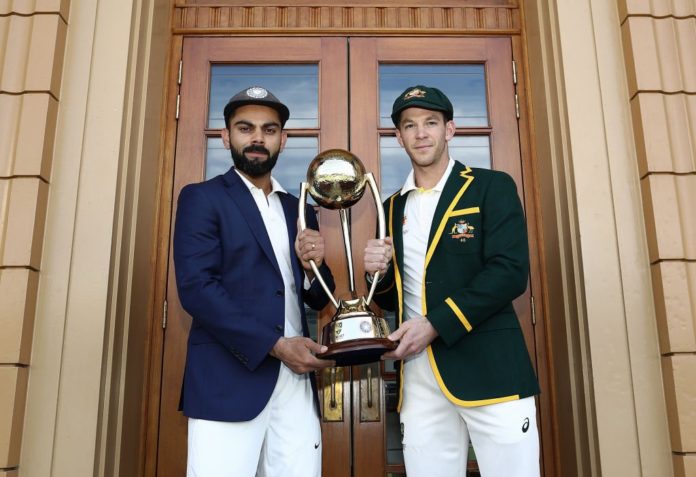 Adelaide– Cheteshwar Pujara fought his way to a gritty century even as familiar batting woes on foreign soil left India struggling at 250/9 on the opening day of the first cricket Test against Australia here on Thursday.

Pujara posted a wonderfully patient and composed 123 off 246 deliveries before being run out off the last ball of the day. His stay in the middle was studded with seven boundaries and two hits into the stands.

Pacer Mohammad Shami (6) was at the crease when umpires dislodged the bails for the day.

The visitors have only themselves to blame for their troubles as most of their top order batsmen virtually threw away their wickets by going after deliveries which they should have left alone.

Pujara was the only saving grace for the famed Indian batting line-up, which has come into this series with a big reputation.

Despite the regular fall of wickets at the other end, the Saurashtra batsman continued to bat patiently, carefully avoiding the big shots and playing the ball along the ground.

With half their line-up back in the pavilion even before the score had crossed the 100-run mark, it seemed at one point that the Indians would find it hard-pressed to even put 200 on the board.

But Pujara’s grit and determination and his crucial partnerships with Rohit Sharma and Ravichandran Ashwin restored some respectability to the Indian total.

After a poor first session which saw the fall of four wickets, Pujara and Rohit Sharma tried to stem the rot with a partnership of 45 runs.

However, spinner Nathan Lyon took two wickets during the post lunch session to plunge the Indians into deeper trouble.

Rohit, who scored 37 runs off 61 balls, seemed to be in good touch and set for a big score.

Rishabh Pant displayed the same tendency to play in the air and go after deliveries outside the off-stump which his more experienced teammates had shown further up the order. It was thus only a matter of time before he also gifted his wicket away.

Almost inevitably, Lyon delivered another blow shortly before tea when Pant edged one to Australian captain Tim Paine behind the stumps.

Asnwin and Pujara then stitched together a stand of 62 runs before the former was dismissed by Cummins.

Earlier, a disciplined bowling attack by Australia left India struggling at 56/4 at lunch.

Opting to bat, the visitors were off to a disastrous start as opener Lokesh Rahul’s (2) thick edge was superbly taken by Aaron Finch at third slip off a Hazlewood delivery with just three runs on board.

Soon, Murali Vijay (11) also followed his partner after falling in the seventh over, leaving India at 15/2.

With the addition of just four runs in the visitor’s scorecard, pacer Pat Cummins gave a huge blow to India after packing back skipper Virat Kohli (3), thanks to a stunning catch by Usman Khawaja at gully.

Pujara and Rahane (13) then tried to put things back in control, adding 22 runs for the fourth wicket however, Hazlewood struck again in the the 21st over to dismiss the latter.

Incoming batsman Rohit Sharma and Pujara then played some sensible cricket as India crept past the 50-run mark.