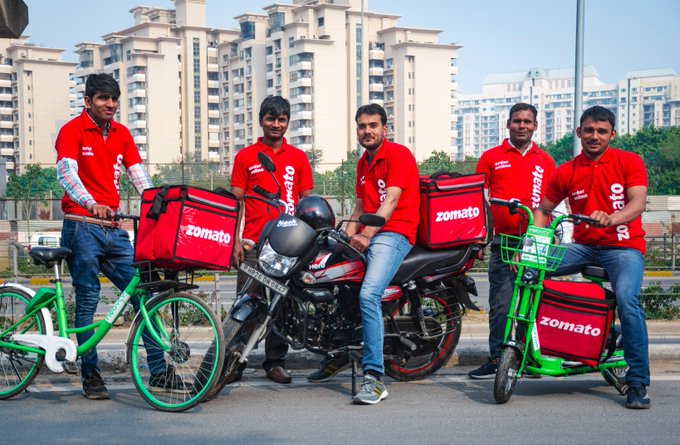 In a draft red herring prospectus (DRHP) filed with the market regulator, Zomato said it aims to raise Rs 8,250 crore in capital by offering the company’s equity shares for sale.

Of this, Rs 7,500 crore will be through fresh issuance and the rest of the Rs 750 crore will be an offer for sale for its existing investor Info Edge.

Zomato has already converted itself into a public limited company from a private one.

It is planning for a $750 million-$1 billion IPO later this year, as more and more people are ordering food online amid the ongoing pandemic.

In February, Zomato raised $250 million (around Rs 1,800 crore) in a new funding round from five different investors. The transactions valued Zomato at a post-money valuation of $5.4 billion.

The new funding for Zomato came just a couple of months after closing a $660 million financing round.

Many Unicorns have announced plans to tap the IPO market. At present, more than a dozen companies have received the market regulator’s approval, and another dozen are awaiting the same to go public.

As online platforms see more adoption and increase in new users, they are clocking better unit economics. This is adding on to their stability and making them set for IPOs.

Over the last 10 years, the internet usage in India has grown at a compound annual growth rate (CAGR) of 30 per cent, resulting in 13 times growth of the sector and preparing notable startups in the areas of e-tailing, online grocery and others to launch their IPOs in the near future, according to a latest RedSeer report. (IANS)