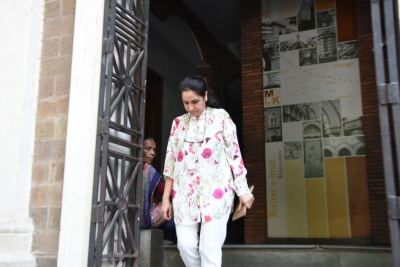 A bench comprising Justices S.K. Kaul and M.M. Sundresh said: “In the meantime, the petitioners are granted interim bail with no specific conditions at this stage as the petitioners were originally granted bail/interim bail subject to certain terms and conditions by the trial Court which would naturally equally apply here”.

On September 28, the Bombay High Court had rejected the bail applications moved by Kapoor’s wife and daughters.

Additional Solicitor General S.V. Raju, representing the CBI, submitted a supplementary charge sheet filed against the petitioners for the offence of forgery under Sections 468 and 471 of the IPC. He added petitioners had been denied bail by both trial court and the High Court.

Senior advocate Harish Salve, representing the petitioners, submitted one of the petitioners had an infant who she was still breastfeeding. Salve submitted the charge levelled that Rana Kapoor had forged the signature of one of his daughters (Radhika Kapoor), surprisingly, the daughter herself had been denied bail.

The bench said it appears that on account of lesser offences being charged for by the supplementary charge sheet, bail is sought to be denied even though the petitioners were granted bail earlier when they were charged under Section 409 carrying a life sentence and/or granted interim bail after supplementary charge sheet when they were arrayed as accused for the first time. Raju submitted that he would like to place a counter affidavit on record.

The top court has scheduled the matter for further hearing after six weeks. (IANS)