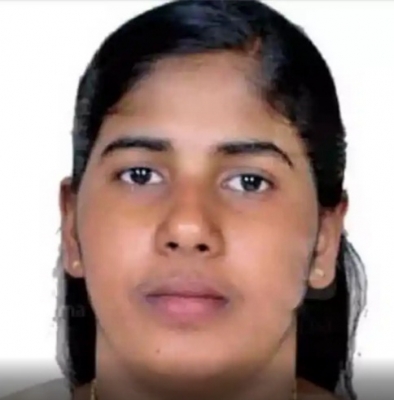 Thiruvananthapuram– A Yemen court on Monday dismissed the appeal of a Keralaite nurse Nimisha Priyain in a murder case in which she, along with another person, is the prime accused.

The two have been sentenced to death for the murder of a Yemeni national in 2017.

Hailing from Palakkad, Nimisha a nurse by profession, reached Yemen in 2012 with her husband. In 2015, with the help of an Yemeni national Talal Mahdi, she set up a clinic and by the time her husband and their child had returned home.

Soon, differences cropped up between her and Mahdi and she accused him of torturing her and taking away her passport, making her trip back to her home state impossible.

On July 25, 2017, she injected Talal with sedatives with the aim of sedating him and take her passport back and flee.

But things went awry and he collapsed a while after she administered the sedative.

Realising that Mahdi has died, with another’s person help, she disposed of his body, which was cut into pieces in a water tank.

The news came out only when a Kerala gospel worker reached a jail in Yemen to preach. Nimisha handed over a letter to him stating the entire incident.

According to a local advocate, the only possibility of any reprieve for Nimisha is if the family of Talal pardons her for blood money and perhaps a diplomatic intervention.

“That looks a very remote possibility as there is no likelihood of it” he said.

Meanwhile, Nimisha’s mother presently works in Kochi and has refused to meet the media, so her has her husband who also lives with their child in the same city. (IANS)