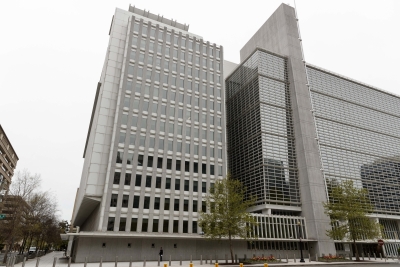 Washington– The global economy is on track to grow by 4.1 per cent in 2022, down 0.2 percentage point from a previous projection, the World Bank Group said in its latest Global Economic Prospects release.

The global outlook is “clouded by various downside risks,” including renewed Covid-19 outbreaks due to new virus variants, the possibility of unanchored inflation expectations, and financial stress in a context of record-high debt levels, according to the report.

After rebounding to an estimated 5.5 per cent in 2021, global growth is expected to decelerate markedly to 4.1 per cent in 2022, the report noted. The latest projection for 2021 and 2022 is 0.2 percentage point lower than the June forecast, respectively.

The report also noted that the Covid-19 pandemic has raised global income inequality, partly reversing the decline that was achieved over the previous two decades, Xinhua news agency reported.

By 2023, annual output is expected to remain below the pre-pandemic trend in all emerging market and developing economy (EMDE) regions, in contrast to advanced economies, where the gap is projected to close.

Preliminary evidence suggests that the pandemic has also caused within-country income inequality to rise somewhat in EMDEs because of particularly severe job and income losses among lower-income population groups, according to the report.

There is no need to give free food, Covid is over: Capitalmind CEO

93% of employers want to see soft skills on your resume