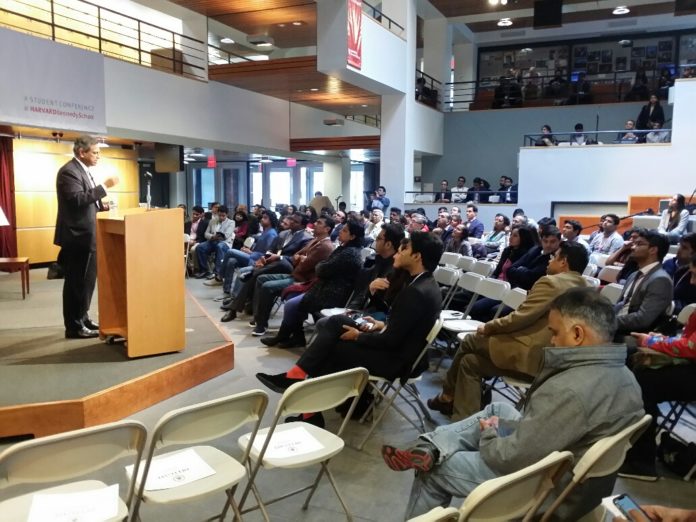 The theme of this year’s India Conference, which is hosted and organized by Harvard graduate students annually, was “India at Inflection Point.” The India Conference is one of the largest student-run conferences focusing on India in the United States.

Organizers of the conference said there were a total of about 140 speakers who participated in 34 session during the two-day conference. The conference brings together business leaders, entertainment professionals, government officials, philanthropists, and many other leaders to engage in a conversation about India’s path to global leadership.