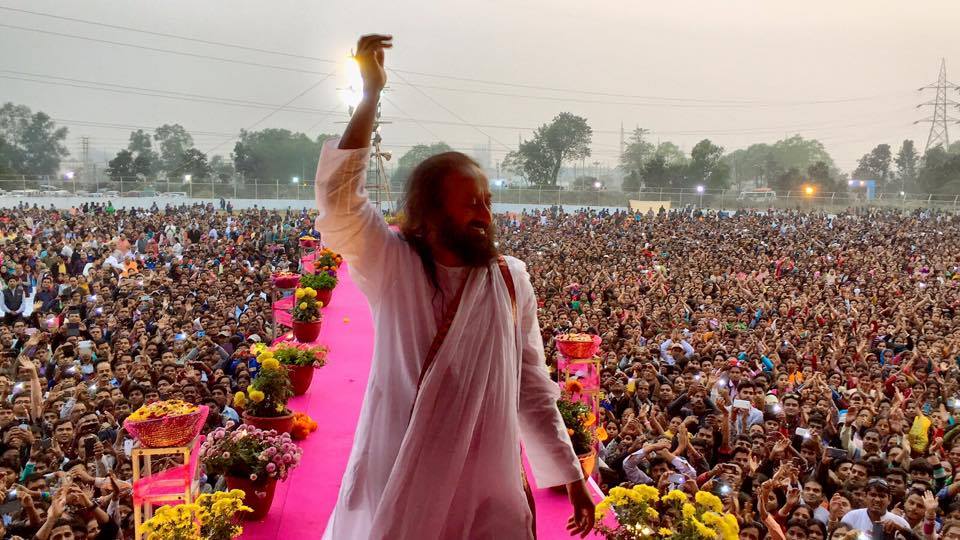 New Delhi–Even as a controversy rages over the decision by Art of Living to hold a cultural mega-event on the Yamuna flood plain, founder of the educational and humanitarian movement Sri Sri Ravi Shankar on Tuesday said his organisation will build a biodiversity park on the banks of Yamuna river in Delhi.

“We will build a biodiversity park there. We will develop that area and not harm it. Since 2010, our 5,000 volunteers had been working to keep the river (Yamuna) clean. Over the years, 510 tonnes of solid waste and pollutants have been removed by our volunteers from the river. We are environmentalists and we too want Yamuna ji cleaned,” Sri Sri Ravi Shankar told reporters here.

The Art of Living (AoL) Foundation’s event has come under scanner of the National Green Tribunal (NGT) following a petition seeking its cancellation over concerns of ecological damage.

The Foundation told the NGT on Tuesday that it did not conduct any environment impact study before deciding to hold the World Culture Festival. The NGT deferred its decision on the cultural event to be held from March 11 to 13.

The Delhi and central governments and the event organisers sought more time to reply to the green court’s queries on the environmental impact of the event taking place upstream of the DND’s elevated bridge.

Sri Sri said they had not cut a single tree to prepare for the event, which is likely to be attended by 30 to 35 lakh people.

“We have not chopped even a single tree in that area; only four trees were trimmed. We are dedicated environment lovers and we want everyone to participate in cleaning up the Yamuna,” he said.

Asked about President Pranab Mukherjee not attending the event, the spiritual guru said he was not aware about reports in this regard. (IANS)