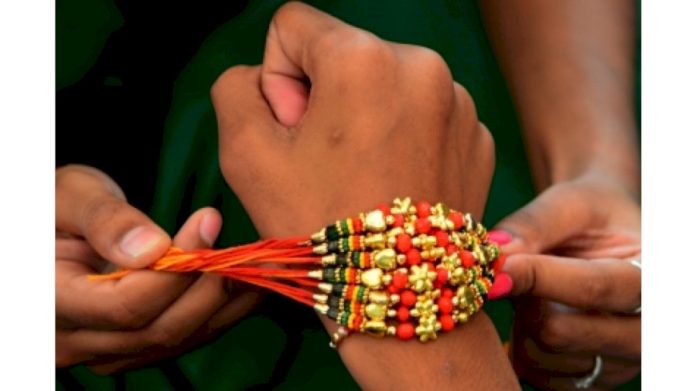 Gonda (Uttar Pradesh)– Raksha Bandhan is the festival that celebrates love between brothers and sisters and protection of the latter by former from any evil. But in a Uttar Pradesh village in Gonda district no one likes the festival.

No one in the Bhikhampur Jagat Purwa village of Dumariadih gets excited about Rakhi or even utter the name of the festival.

They believe, if Raksha Bandhan is celebrated, evil might befall them. Many untoward events have occurred in the past warning them to stay away from this festival. Everyone awaits the birth of a child on Raksha Bandhan, which they believe will end the deadly cycle.

There are 20 homes in Jagat Purwa, where nearly 200 children are scared of ‘rakhi’ (sacred protective thread). Even the older generation shares this emotion.

More than five decades have passed in this village in Wazirganj panchayat that sisters have tied a ‘rakhi’ on their brothers’ wrists.

Even in nearby villages, the mere mention of the word Raksha Bandhan scares people and the sisters there refuse to tie rakhis on the day.

They do not want to break the traditions set by their ancestors.

“Whenever sisters tied a thread on their brothers’ wrists in our houses, untoward incidents occurred in this village.”

Suryanarayan Mishra said, “In 1955, after eight years of Independence, a young man was killed one fine morning of Raksha Bandhan in our family. Since then, sisters in the village do not tie a rakhi on their brothers’ wrists.

“A decade ago, on the day of Raksha Bandhan, it was decided to tie rakhi on the request of the sisters, but something untoward happened that day, too. After this, no one dared clebrate rakhi. Even today, this fear prevents the sisters from tying rakhi on their brothers’ wrist.”

Suryanarayan added, “On the day of Raksha Bandhan, if a child is born in the family, then only the festival will be celebrated. The wait has been going on for almost three generations. This opportunity has not come yet.” All the siblings in this village will continue to miss the most loved festival till then.

Though the festival of Raksha Bandhan is not celebrated in Jagat Purwa village, the sisters of the surrounding villages tie the rakhi on the wrists of their brothers.

“we will follow what our elders have told us. We will not break the tradition started by our ancestors and will continue following the tradition,” Suryanarayan opined.

Suryanarayan Mishra said that they only listen to the stories of Rakha Bandhan, but cannot experience the festivity.

Villagers said that most people of the village do not move out on the day of Raksha Bandhan. Jagat Purwa village remains silent on the day even as every other sister ties a Rakhi on her brothers hand through out the country. (IANS)