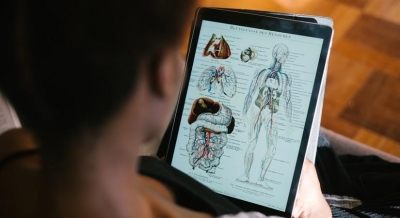 New Delhi– In 400 B.C, Hippocrates has been quoted saying “death sits in the bowels” and “bad digestion is the root of all evil” showing that the significance of the intestines in human health has been long recognized. In the past, most research on the impact of bacteria in the intestinal environment has focused on gastrointestinal pathogens and the way they cause disease. But in recent times there has been a considerable increase in the study of the positive effects of human microbes on health and wellness.

Interest in the functioning of the human microbiome, particularly the gut microbiome, and its role in various diseases, has exponentially increased in recent decades. This unseen world of microbes residing in our body far exceeds the number of cells in our body and is influenced by diet, physical activity, antibiotic consumption, physical and psychological stress, etc. In a healthy state, gut microbiomes have myriad positive functions, including the metabolism of non-digestible components of foods, protection from viruses, bacteria and boosting the immune system. Let’s understand this better.

WHY IS THE GUT MICROBIOTA IMPORTANT?

The human microbiome consists of collective genomes of predominantly bacteria, viruses, Protozoa, Archaea, Eukaryotes, that live symbiotically on and within various sites of the human body, like the oral cavity, genital organs, respiratory tract, skin, and gastrointestinal system, that influences our health to a great extent.

GUT MICROBIOTA IS IMPORTANT IN:

Moreover, research has found links between altered bacterial populations, and the following diseases:

THE HUMAN MICROBIOME HAS AN INFLUENCE ON THE FOUR BROAD AREAS OF IMPORTANCE TO HEALTH:

THE LINK BETWEEN GUT MICROBIOTA AND GOOD HEALTH

Altered composition of gut microbiota is likely to impair the normal functioning of gut microbiota in maintaining host wellness. It can potentially induce selective-increase of certain microbiota members, including pathobionts, leading to dysregulated production of microbial-derived products or metabolites, which might be harmful to the host, causing a diverse range of diseases on local, systemic or remote organs.

GUT MICROBIOTA DYSBIOSIS IS IMPLICATED IN MULTIPLE DISEASE CONDITIONS INCLUDING:

Going forward, a deeper understanding of gut microbiota and its manipulation with diet and physical activity may provide vital clues to reversing or controlling some of these disorders. Faecal Microbiota Transplantation is now an established therapy in treating diseases like recurrent C Difficle Infection and is emerging as a therapeutic option in many other disorders, including Inflammatory Bowel Disease (IBD) and Liver diseases. In the future, the gut microbiota will become a cornerstone of preventive medicine. (IANS)