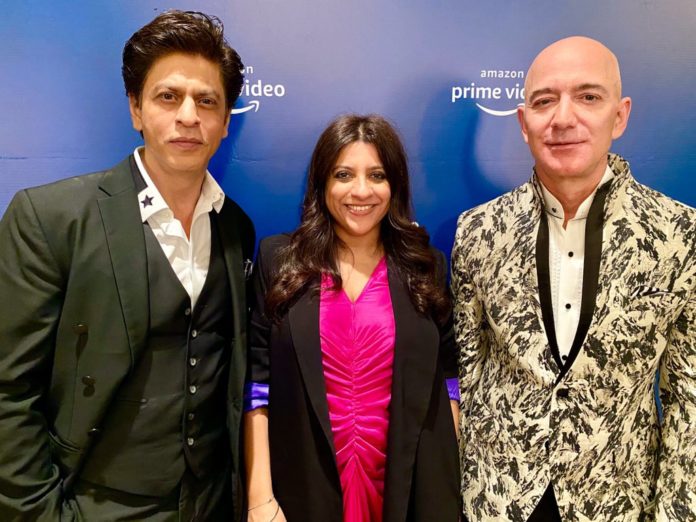 Mumbai– Superstar Shah Rukh Khan gave a filmy touch to his meeting with Jeff Bezos when he made the Amazon’s global CEO say a dialogue from his hit film “Don”.

It was a starry evening for Bezos in Mumbai as he opened up about his journey and his bond with India during a conversation with superstar Shah Rukh Khan and filmmaker Zoya Akhtar. The event was attended by Riteish Deshmukh and his wife Genelia, Vidya Balan and her husband Siddharth Roy Kapur, Arshad Warsi, Rajkummar Rao, Pankaj Tripathi, Kamal Haasan and Ali Fazal among others.

When Bezos opened up about getting a role in “Star Trek Beyond”, Shah Rukh went in and asked him to practice the art of giving an audition for a Hindi movie, leaving Bezos surprised.

The moment was shared by actor Riteish on his Twitter handle , which has gone viral on social media.

SRK was a super host of the evening and made Bezos comfortable. At one instance, he opened water bottle and offered to him.

Looking at his gesture, Bezos said: “You are so humble”. To which, SRK joked: “That’s because my last few films haven’t done well.” (IANS)