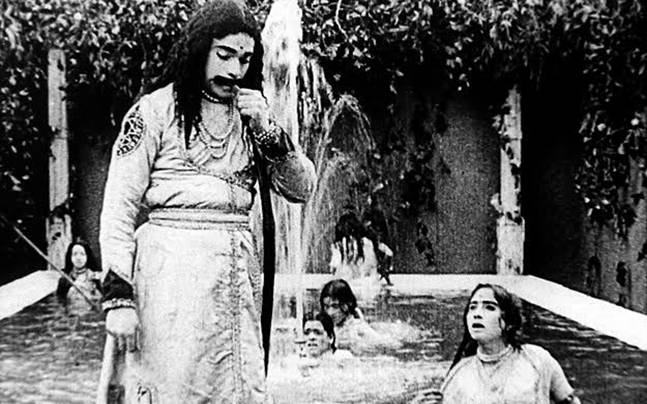 New Delhi– It was 106 years ago on May 3 that Dadasaheb Phalke’s “Raja Harishchandra” released, marking the celebratory beginning of the Indian film industry.

With “Raja Harishchandra”, India’s first full-length feature, Phalke, regarded as the father of Indian cinema, set the pace for the silent era which went on till the 1930s when the talkies emerged.

Silent cinema may have become rare in today’s time, but it hasn’t kept the film world away from appreciating its beauty.

“Silent films have no relevance today, apart from the fact that it represents a forgotten time and a technological marvel of that time,” Oscar-winning sound designer Resul Pookutty told IANS.

But Kolkata-based filmmaker Aneek Chaudhuri, whose latest works include two silent dramas on social issues — “White” and “Cactus” — has a different viewpoint.

“I believe cinema is more of a visual element. Otherwise, radio could have been a more apt medium. Through my silent cinema, I try to create a bridge among every language from around the world.

“In this way, world cinema gets more validated turning the concept of global village into reality. People around the world and in festivals have received it quite well,” Chaudhuri, whose “Cactus” will be a part of the film market in Cannes Film Festival later this month, told IANS.

Chaudhuri said: “Silence can often eradicate the enforcement of words where one is reluctant to do so. India is in a phase where curbing speech is replaced by the impactful medium of silent cinema.”

Earlier this year, a slew of Indian silent films by Phalke, Baburao Painter, PV Rao, Kalipada Das, Shyam Sundar Agarwal, GP Pawar and Kanjibhai Rathod from the collection of the National Film Archive of India (NFAI), were screened in Paris.

“Silent cinema is a universal medium which is not dependent on a language and can transcend to any country. In today’s era of talkies, silent is niche. It has become an experimental genre,” Ausaja told IANS.

He pointed out how screening of silent films in India had started way before the first silent movie was made in the country, and so the Indian audience was acquainted with the genre when “Raja Harishchandra” arrived.

There is a view that “Shree Pundalik” was India’s first full-length feature film, but Ausaja said it was a stage drama captured on camera.

“In the initial years, there was tremendous resistance to the medium of cinema. People saw it negatively, were apprehensive and looked down upon it in the society as they felt it would pollute the minds.

“Some of the foreign films had kissing scenes at that time, and Indians were not prepared for it. But Indian film producers very intelligently started with mythological dramas to find acceptance. They took the shield of religion and culture to reach the audience,” Ausaja said.

But as Chaudhuri pointed out, themes have become more socially relevant in present times. (IANS)