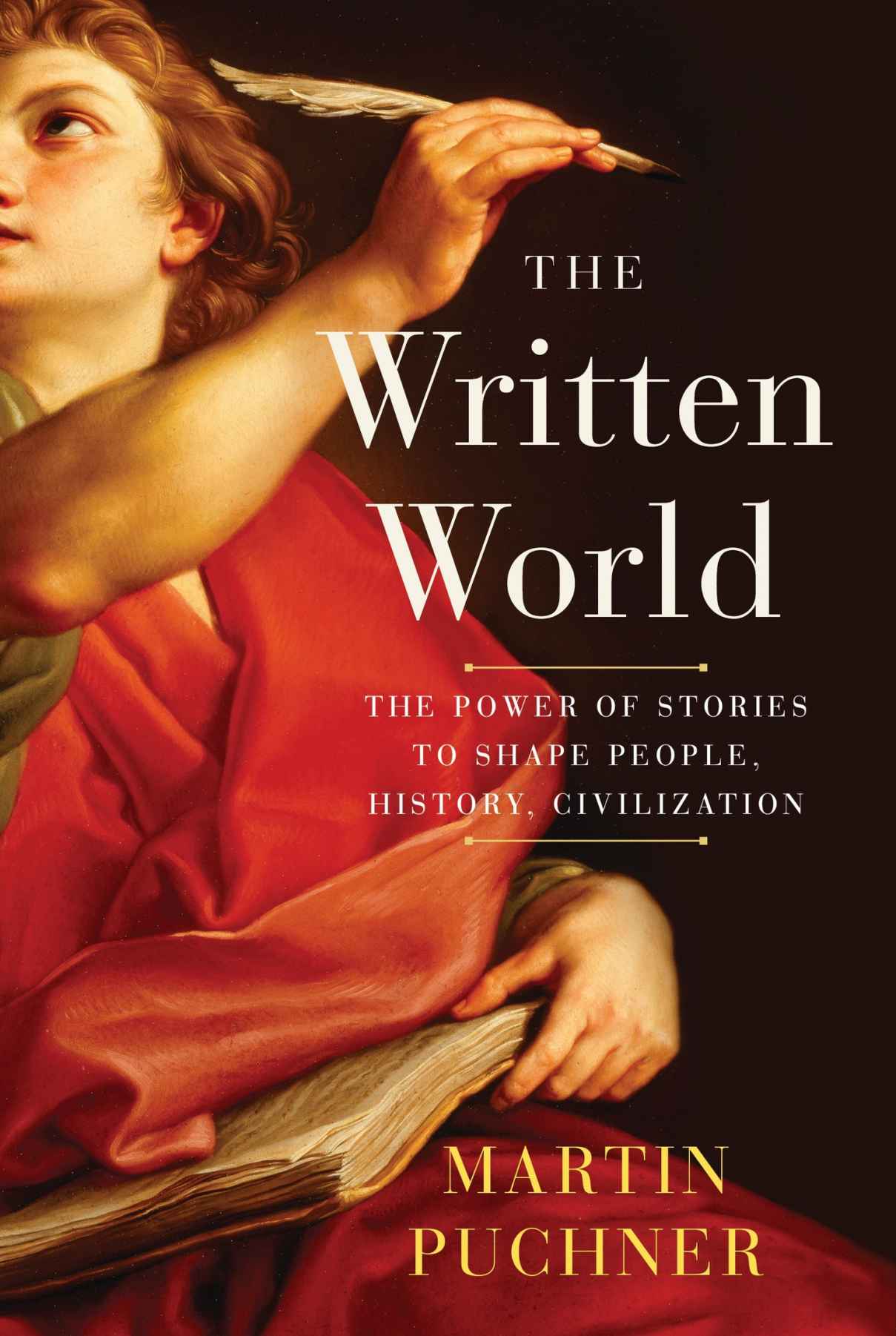 In that splendid comedy “Those Magnificent Men in their Flying Machines”, set in the age when humans had just began to take to the skies, a Prussian Colonel tells a wary subordinate tasked to fly a plane that he should follow the procedure for learning everything they do “from the book of instructions”. The operative word here is “book”.

But books, which now span and recount every conceivable aspect of the human condition and endeavour, wouldn’t have come into existence without the literature, or the “foundational texts” — religious, cultural and political–‘that they were developed to present, preserve and propagate, argues American academician Martin Puchner here.

And it is not only in our present, technology-suffused era that we have ignored the value of literature.

But before he tells us what it has done for us, involving trips through at least four continents, from along with Alexander the Great’s armies to the popular storytellers in the marketplaces of the medieval Middle East and the courts of feudal Japan to a popular contemporary literary fest in India’s Jaipur, he seeks to tell us what would happen if literature didn’t exist.

In such a world, Puchner, a professor of Drama and English and Comparative Literature at Harvard, says bookstores and libraries would be quite empty, the publishing industry and Amazon would be different, and he — and many of us — would have nothing on our bedside tables for night-time when we can’t sleep.

But while this will be “unfortunate”, he argues such a situation “barely scratches the surface of what would be lost” if literature had never existed and stories had remained oral.

“Such a world is almost impossible for us to imagine. Our sense of history, of the rise and fall of empires and nations, would be completely different. Most philosophical and political ideas would never have come into existence, because the literature that gave rise to them wouldn’t have been written. Almost all religious beliefs would disappear along with the scriptures in which they were expressed.”

Stressing literature isn’t only for book lovers, Puchner contends that since it emerged four millennia ago, “it has shaped the lives of most humans on planet Earth”.

And in this book, he shows us how as stories and preachings intersect with writing and writing technologies across the world in different ages, and affect their societies from ancient Mesopotamia, China and India to the jungle civilisations of Central America to the sandy expanses of Mali in the early modern world, down to more recent times, spanning the Communist Manifesto to the Harry Potter saga.

In his tale, which begins with the American astronauts on Apollo 8 addressing the world after orbiting the moon and becoming the first humans to see its far side from the Bible’s Book of Genesis, Puchner contends the growth of literature passed through four stages.

First, the development of the alphabet to represent speech, but the knowledge remained confined to small groups of scribes. Second, the rise of “charismatic teachers” such as the Buddha, Socrates, Confucius and Jesus, who stressed on the spoken word but became influential when their words were spread through text. Third, the individual authors supported by innovations that made access to writing easier, which were succeeded by the times of mass production and mass literacy.

Puchner acquaints us with these stages, juxtapositioned with the revolutions in writing and printing technologies that radically transformed literature, not only in how it spread and was read but also how it is written as authors adjust to new circumstances, and a range of representative works — the Epic of Gilgamesh, Don Quixote, The Arabian Nights, the Tale of Genji, the Mayan ‘Popol Vuh’ to Derek Walcott’s poetry.

And wherever possible, he supplements his rousing narrative with a range of singular characters beyond authors — and the role of women, both as writers and narrators within the story — and accounts of his own “field visits” to the areas in question.

Puchner’s choice may be subjective and his manner breezy and a bit hurried — especially in the final few chapters — but such is the breadth of erudition and fascinating tidbits he features that literary aficionados will treat this as a vindication of their stand.

For the others, it may prove to be an eye-opener.(IANS)