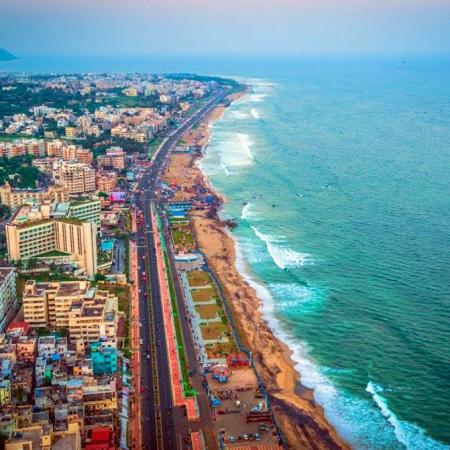 Visakhapatnam–Visakhapatnam city managed to emerge as a finalist in the World Smart City Awards under the category of Living and Inclusion award category.

In the 2020 competition, GVMC and GVSCCL participated by submitting the project ‘Social integration through creation of all ability public spaces – Parks for all abilities’ under the Living and Inclusion award category.

Visakhapatnam civic body showcased the park it developed under the smart city mission on the magnificent beach road in the famous port city.

According to Srijana, Visakhapatnam is the only city from India to be shortlisted in the final list.

She said that the Living and Inclusion category award is given to the most innovative and successful projects being implemented and developed in relation to inclusive sharing cities.

“Three projects from different countries competed in the final list. Visakhapatnam city from India competed with Istanbul Metropolitan Municipality, Turkey and Government of the state of Alagoas, Brazil,” Srijana added.

Visakhapatnam, popularly known as Vizag has been declared as the executive capital city of the southern state.

It is 347 km northeast of Vijayawada on the east coast of India by the Bay of Bengal sea and famous for its scenic beauty. (IANS)