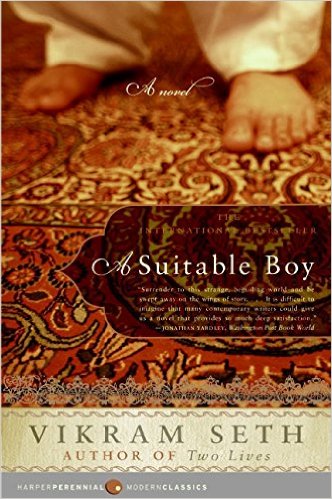 London–Indian origin author Vikram Seth’s “A Suitable Boy” is being adapted as the first period drama for BBC One. The series will have a complete non-white cast.

Published in 1993, the period coming-of-age story of “A Suitable Boy” begins in 1951 and is set in India. The eight-part series will be shot on location in India and feature the BBC’s first entirely non-white cast, reports deadline.com.

Andrew Davies, the screenwriter whose hits include the famous 1995 version of “Pride and Prejudice” starring Colin Firth and last year’s adaptation of “War and Peace”, will be writing the series.

“Lata’s trials of the heart speak as loudly to me now as when I first read Vikram’s epic novel two decades ago. She is a great literary heroine in the tradition of Jane Austen and George Eliot.

“But behind her stands a massive supporting cast of striking, funny, irrepressible characters and a vision of India in the 1950s that no reader can ever forget. It will make a wonderful series and I can’t wait to bring the magic of the book to life on screen,” Davies said.

Filming is set to begin later this year and it is expected to occupy the Sunday night slot reserved for popular costume dramas such as “Poldark”.

“A Suitable Boy” is a Lookout Point production for BBC One.