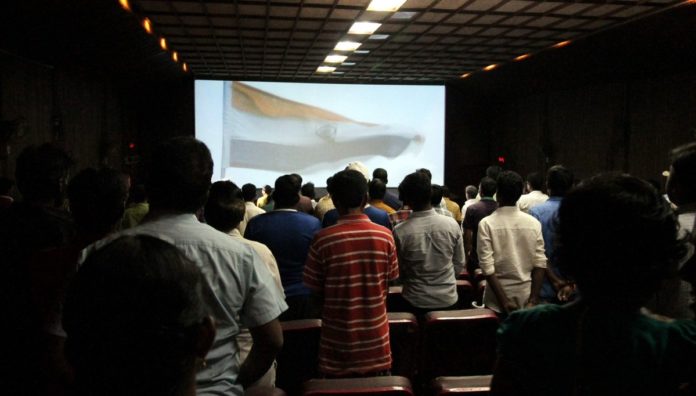 Bengaluru–A video circulating across the country of a family being heckled for purportedly not standing up for the national anthem in a cinema here does not show them sitting as it was played, a police officer said on Tuesday.

“There hasn’t been anything of the kind that when the national anthem was being played, they are not standing,” Bengaluru Deputy Commissioner of Police, North, Shashi Kumar, told IANS about the footage shared by Kannada actress B.V. Aishwarya.

As of now, the police are yet to take any action on the incident which occurred on October 23, he said.

The incident occurred at PVR Orion Mall in Malleshwaram during the screening of the Tamil movie “Asuran”.(IANS)