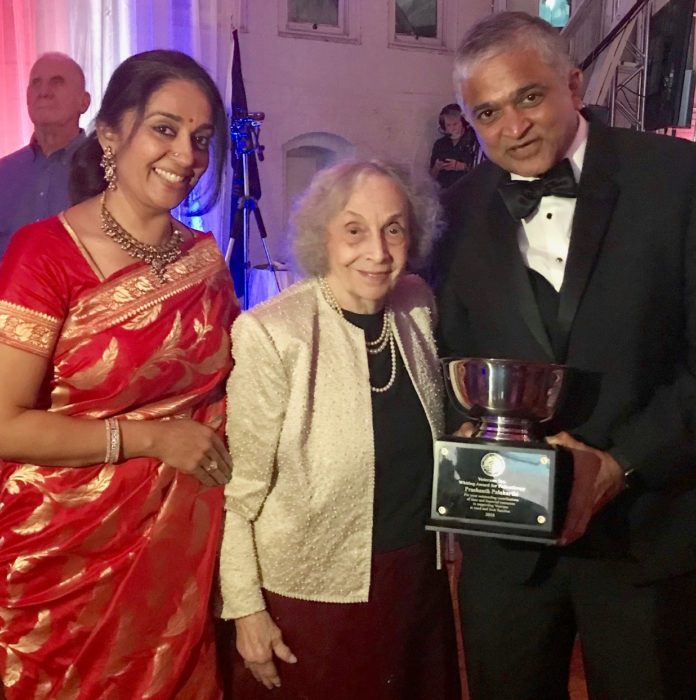 WORCESTER, MA–Veterans Inc., a private nonprofit organization that provides a wide array of programs and supportive services to veterans, service members, and their families, on Saturday honored tech entrepreneur Prashanth Palakurthi with the Whiting Award for Philanthropy for his commitment to eradicating homelessness among veterans of the U.S. military.

“I am humbled by the Veterans Inc recognition, especially since it is the national leader in ending homelessness among veterans,” said Mr. Palakurthi, founder and CEO of Reflexis Systems, which serves over 280 retail companies worldwide. “It has one of the highest rates in the nation – 85% – for transitioning veterans out of homelessness.”

Mr. Palakurthi, who lost his fighter pilot brother-in-law in action, said the United States is in the midst of its longest war and protecting liberties of US citizens are these brave soldiers.

“When they return from wars, they encounter a multitude of problems ranging from health, accommodation and employment. Government cannot solve all these problems since many issues are best dealt by communities,” said Mr. Palakurthi. “Given that Americans of Indian origin are the wealthiest ethnic group we hope to increase its giving to veteran causes.”

“We also ask that these organizations present the cause to our community to increase awareness during these events,” Mr. Palakurthi said. “Veteran cause is also personal to us because Anuradha lost her sibling fighter pilot in action.”

The Whiting Award for Philanthropy is given to an individual or organization who has exemplified the definition of philanthropy: love of mankind.” The award is named after the late Milton Whiting, and his wife Dorothy, who continues to provide support and nurturing guidance to Veterans, Inc.