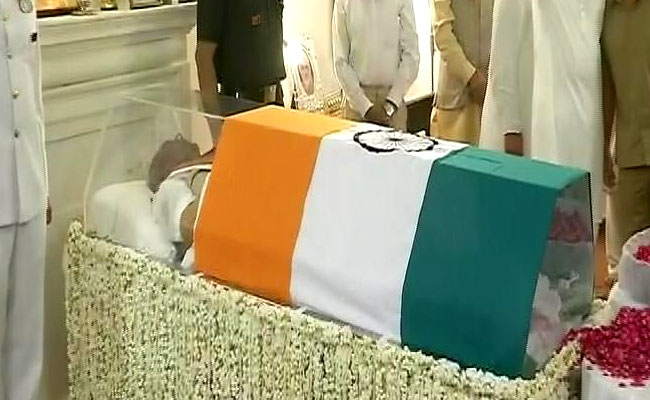 New Delhi– Former Prime Minister Atal Bihari Vajpayee, who passed away here on Thursday, will be laid to rest at Smriti Sthal on Friday at 4 p.m.

The mortal remains of Vajpayee have already been brought to the Krishna Menon Marg-located residence.

Vajpayee, whose politics of moderation in a hardline party propelled the Bharatiya Janata Party (BJP) to power for the first time in the 1990s, died on Thursday after long illness.

The 93-year-old leader, who had faded from public life for more than a decade following health complications and was admitted to AIIMS with urinary tract infection on June 11, breathed his last at 5.05 p.m.