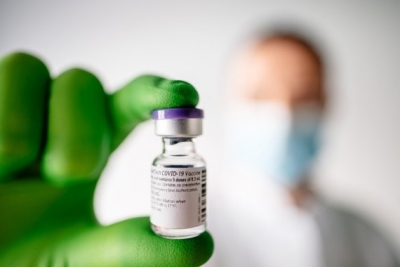 London– A vaccine to tackle the Covid-19 variants could be ready by autumn, the Oxford-AstraZeneca team said.

“I think the actual work on designing a new vaccine is very, very quick because it’s essentially just switching out the genetic sequence for the spike protein,” said Andrew Pollard, Chief Investigator of the Oxford Vaccine Trial, in a media briefing hosted by AstraZeneca.

“And then there’s manufacturing to do and then a small scale study. So all of that can be completed in a very short period of time, and the autumn is really the timing for having new vaccines available for use,” he added.

According to the BBC, the team was already looking at updating the vaccine to make it more effective against the mutations that are being seen.

It comes after studies have shown that variants of Covid-19 with the worrying E484K mutation could make vaccines less effective, though they are still expected to offer good protection against illness and severe disease.

The mutation is found in the South African variant of the virus, which has prompted surge-testing in eight postcode areas of England where community transmission is feared.

It has also been detected in Bristol in the variant first identified in Kent, and in Liverpool in a new variant of the original pandemic strain. (IANS)