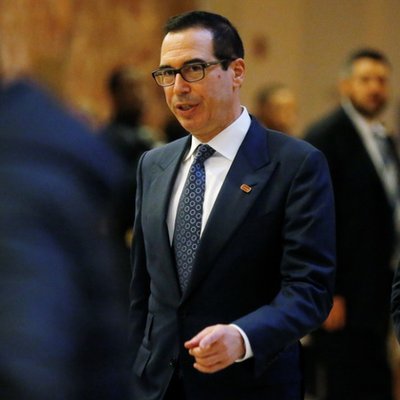 Washington– The US Department of the Treasury said that it plans to borrow about $3 trillion in the second quarter to support the economy through the COVID-19 pandemic.

US Treasury expects to borrow US $2.999 trillion in privately-held net marketable debt from April through June, assuming an end-of-June cash balance of US $800 billion, the department said in a statement on Monday, Xinhua news agency reported.

“The increase in privately-held net marketable borrowing is primarily driven by the impact of the COVID-19 outbreak, including expenditures from new legislation to assist individuals and businesses, changes to tax receipts including the deferral of individual and business taxes from April – June until July, and an increase in the assumed end-of-June Treasury cash balance,” the department said.

The department also said it expects to borrow another US $677 billion in the third quarter, with first-quarter borrowing totalling US $477 billion.

The unprecedented borrowing came after the Commerce Department reported last week that US real gross domestic product (GDP) in the first quarter contracted at an annual rate of 4.8 per cent amid COVID-19 fallout, the biggest quarterly decline since the 2008 financial crisis.

“Due to the effects of the crisis and legislation enacted to combat it, debt and deficits will now grow much higher, to never-before-seen levels both in dollars and as a share of gross domestic product,” the Committee for a Responsible Federal Budget (CRFB), a nonpartisan watchdog group, said in a recent analysis.

US budget deficits will total more than US $3.8 trillion this year, with debt held by the public exceeding the size of the economy by the end of fiscal year 2020, according to the CRFB.

Since President Donald Trump took office in 2017, the US national debt has risen from under US $20 trillion to over US $24 trillion. (IANS)