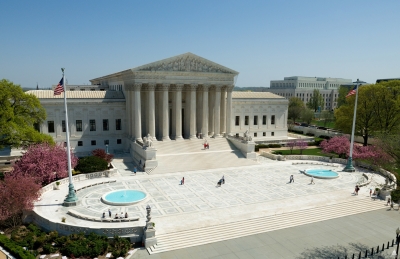 Washington– The US Supreme Court has blocked the Joe Biden administration’s rule requiring employees at large US businesses to get vaccinated against Covid-19 or be subject to frequent testing, but it allowed the administration’s vaccine mandate for healthcare workers receiving funds from the federal government to go ahead.

The High Court ruled 6-3 to block the vaccine-or-test mandate for private employers, with its conservative majority basing their ruling on the argument that the White House has overstepped its authority by imposing the rule devised by the Occupational Safety and Health Administration (OSHA) on businesses with 100 or more employees, since Congress has not given OSHA the power to enact such a rule. The mandate would have affected more than 80 million people, Xinhua news agency reported.

“OSHA has never before imposed such a mandate. Nor has Congress. Indeed, although Congress has enacted significant legislation addressing the Covid-19 pandemic, it has declined to enact any measure similar to what OSHA has promulgated here,” said the unsigned majority opinion.

“Although Congress has indisputably given OSHA the power to regulate occupational dangers, it has not given that agency the power to regulate public health more broadly. Requiring the vaccination of 84 million Americans, selected simply because they work for employers with more than 100 employees, certainly falls in the latter category,” it added.

The court’s three liberal justices dissented from the ruling. “When we are wise, we know not to displace the judgments of experts, acting within the sphere Congress marked out and under Presidential control, to deal with emergency conditions,” they wrote in the dissenting opinion.

Biden, in a statement issued in the wake of the Supreme Court’s ruling, called on states and businesses step up “and institute vaccination requirements to protect their workers, customers, and communities.”

“The Court has ruled that my administration cannot use the authority granted to it by Congress to require this measure, but that does not stop me from using my voice as President to advocate for employers to do the right thing to protect Americans’ health and economy,” he said.

The US President announced the rules in September as a way to combat the pandemic resurgence, only to see his measures meet with strong opposition from — and a slew of lawsuits filed by — Republican-led states. Some business groups, meanwhile, argued that the expansive requirements would cause employees to leave their jobs at a time when businesses are already suffering labor shortages.

Separately, the Supreme Court ruled 5-4 to let the administration’s vaccine mandate for most healthcare workers take effect. That mandate will apply to over 17 million healthcare workers across around 76,000 facilities that participate in the federally-funded Medicare and Medicaid programs.

The court argued that Health and Human Services Secretary, Xavier Becerra had the authority to enact the vaccine requirement because he’s empowered to enact rules “in the interest of the health and safety,” and that the mandate was not “arbitrary and capricious.”

Vaccine requirements, the justices said in an unsigned opinion, are “common” for healthcare workers, noting this is “perhaps why healthcare workers and public health organisations overwhelmingly support the Secretary’s rule.”

“The challenges posed by a global pandemic do not allow a federal agency to exercise power that Congress has not conferred upon it. At the same time, such unprecedented circumstances provide no grounds for limiting the exercise of authorities the agency has long been recognised to have,” the justices wrote, adding “the latter principle governs” the healthcare cases.

Justice Clarence Thomas dissented from the ruling, along with three other conservative justices who concurred with him.

The private employer mandate took effect on January 4 and started being enforced on January 10 — with the testing requirements not enforced until February 9. Federal Health officials have said healthcare workers will be required to receive a first shot of the Covid-19 vaccine dose by January 27 and be fully compliant with the policy by February 28. (IANS)