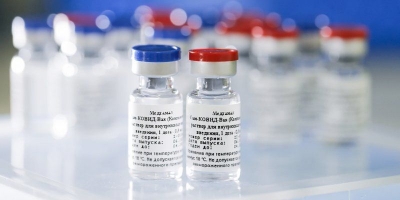 Washington– The United States started rolling out Johnson & Johnson’s Covid-19 vaccine to states, after the single-dose vaccine got green light from regulators to be administered to people 18 and older.

Trucks carrying the vaccines are en route to states and sites that have been seeking more doses to curb the pandemic, Xinhua news agency reported.

The shipments are expected to reach states and vaccination sites as early as Tuesday, according to the Joe Biden administration.

Johnson & Johnson prepared four million doses for initial shipment, and expected to ship more than 20 million doses by March, according to the company.

“The Johnson & Johnson vaccine will speed up rollout in part because it does not require the same cold chain as the RNA vaccines,” Stanley Perlman, professor of microbiology and immunology at the University of Iowa, told Xinhua.

The US Food and Drug Administration (FDA) authorized Johnson & Johnson’s Covid-19 vaccine for emergency use on Saturday.

A day later, the US Centers for Disease Control and Prevention (CDC) on Sunday recommended the vaccine to be administered for Americans 18 years of age and older.

Unlike the two-shot dosing for the vaccines from Pfizer-BioNTech and Moderna, the Johnson & Johnson vaccine only requires one shot. Meanwhile, it does not require ultra-cold storage.

“Now, manufacturing and delivery are improving so both are less of an issue than they have been,” Perlman told Xinhua.

“But vaccine hesitancy may be a problem,” he noted. (IANS)