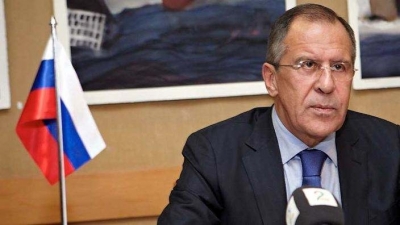 Moscow– Russian Foreign Minister Sergei Lavrov said that the US is putting pressure on China, Turkey, and a number of other countries because of cooperation with Russia.

“It’s just the rudeness that is erupting from Washington, I don’t know, it’s beyond,” Lavrov said, commenting on US actions against other countries in a TV interview, RT reported.

“It is even more striking that this kind of blackmail is used against such ancient civilisations as China, India, Egypt, the demands were made on the same Turks,” he said.

“This is a fateful moment, this is an epochal moment in modern history, because it reflects the ‘battle’ in the broadest sense of the word for how the world order will look,” he said in an interview with RBC TV channel.

The West did not want to solve the situation around Ukraine by peace, Lavrov said in response to the question why the Ukraine matter could not be resolved peacefully. (IANS)