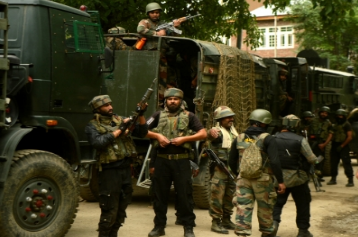 United Nations– After several attempts to impose sanctions on Jaish-e-Mohammad (JeM) chief Masood Azhar were blocked by China, the US has initiated a new effort for UN action against the terrorist leader that would force Beijing to take a public stand in the Security Council.

The US is circulating a draft resolution with the backing of Britain and France for the Security Council to condemn the February terrorist suicide-bombing in Pulwama and designate Azhar as an international terrorist who would be under the UN sanctions against Al Qaeda and related people.

While the resolution faces a Chinese veto, it would bring transparency to the sanctions process and force Beijing to publicly vote against it and, possibly, explain its stand. So far, the moves to impose sanctions against Azhar were initiated in the UN Security Council Al Qaeda sanctions committee, where the proceedings are held in secret.

China has announced its opposition to the US effort, which it said bypasses the Sanctions Committee and goes directly to the Council.

Chinese Foreign Ministry spokesperson Geng Shuang said in Beijing: “This is not in line with the resolution of the issue through dialogue and negotiations”.

“We urge the US to act cautiously and avoid forcefully moving forward this resolution draft,” he added.

A date has not been set for taking up the resolution by the Council. France is the President of the Council this month and Germany will take over next month.

The latest attempt to impose sanctions on Azhar that would have banned his international travel and frozen his assets were vetoed this month by China in the sanctions committee – the fourth such action.

With global revulsion against terrorism rising after the Pulwama attack in February, the Security Council adopted a press statement condemning it in “strongest” terms. It was a statement arrived at by consensus in the 15-member Council and did not have the force of resolution, and Beijing went along avoiding having to vote for it or veto it.

The statement, which mentioned the JeM but not Azhar, said: “The members of the Security Council reiterated that any acts of terrorism are criminal and unjustifiable, regardless of their motivation, wherever, whenever and by whomsoever committed.”

Before the Al Qaeda sanctions committee took up Azahar’s case this month, the US said that China’s opposition would run counter to the mutual goal with the US of regional stability.

Azhar “meets the criteria for designation by the United Nations” as a global terrorist subject to its sanctions, Department Deputy Spokesperson Robert Palladino said.

“The United States and China share a mutual interest in achieving regional stability and peace, and that a failure to designate Azhar would run counter to this goal”, he added. (IANS)