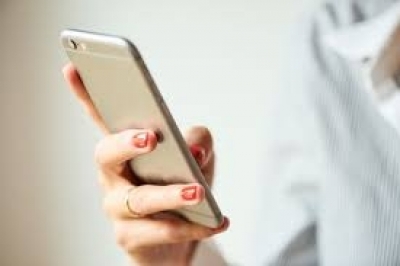 The ACLU published thousands of pages of previously unreleased records about how Customs and Border Protection, Immigration and Customs Enforcement, and other parts of the Department of Homeland Security are “sidestepping our Fourth Amendment right against unreasonable government searches and seizures”.

The records, which the ACLU obtained over the course of the last year through a Freedom of Information Act (FOIA) lawsuit, shed new light on the government’s ability to obtain the most private information by simply opening the federal wallet.

“By searching through this massive trove of location information at their whim, government investigators can identify and track specific individuals or everyone in a particular area, learning details of our private activities and associations,” the ACLU said in a statement.

The released records shine a light on the millions of taxpayer dollars DHS used to buy access to cell phone location information being aggregated and sold by two shadowy data brokers, Venntel and Babel Street.

The documents expose those companies’ — and the government’s — attempts to rationalise this unfettered sale of massive quantities of data in the face of US Supreme Court precedent protecting similar cell phone location data against warrantless government access, the ACLU said.

“In the documents we received over the past year, we found Venntel marketing materials sent to DHS explaining how the company collects more than 15 billion location points from over 250 million cell phones and other mobile devices every day,” the report noted.

The government should not be allowed to purchase its way around bedrock constitutional protections against unreasonable searches of our private information, it added.

Throughout the documents, the cell phone location information is variously characterised as mere “digital exhaust” and as containing no “PII” (personally identifying information) because it is associated with a cell phone’s numerical identifier rather than a name a” even though the entire purpose of this data is to be able to identify and track people.

The records also assert that this data is “100 per cent opt-in,” that cell phone users “voluntarily” share the location information, and that it is collected with consent of the app user and “permission of the individual”.

“Of course, that consent is a fiction: Many cell phone users don’t realise how many apps on their phones are collecting GPS information, and certainly don’t expect that data to be sold to the government in bulk,” said the ACLU.

“And that data appears to come from just one area in the Southwestern United States, meaning it is just a small subset of the total volume of people’s location information available to the agency,” the report mentioned.

The ACLU said that the lawmakers must seize the opportunity to end this massive privacy invasion without delay. (IANS)