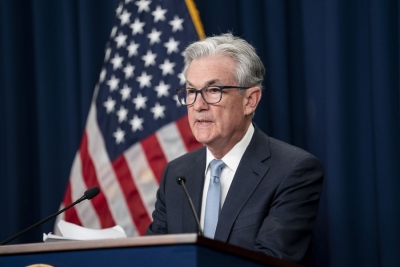 Washington– The US Federal Reserve announced another interest rate hike to fight inflation amidst growing concerns that the central bank could end up slowing down the economy.

“We have got to get inflation behind us. I wish there were a painless way to do that,” Fed Reserve Chairman Jerome Powell said. “There isn’t”.

He added: “We want to act aggressively now, and get this job done, and keep at it until its done.”

A further increases are expected later in the year, of three-fourth, which would take the benchmark rate to 4.4 per cent, including a three-fourth hike in November and by a half point in December.

Ex-cop gets record 10-yr sentence over US Capitol riots