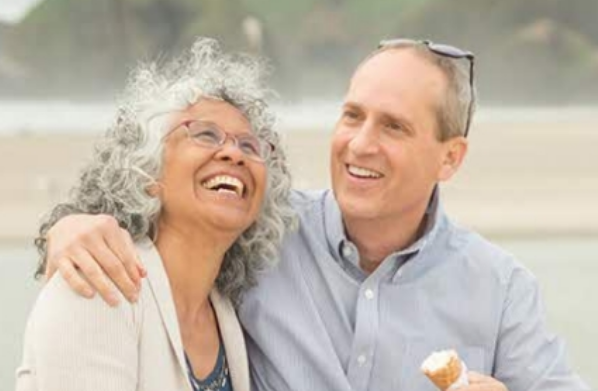 The number of unmarried partners living together in the United States nearly tripled in two decades from 6 million to 17 million, 7% of the total adult population.

As more unmarried couples opted to live together, their profile changed significantly, according to a new study from the U.S. Census Bureau: “Cohabitation over the Last 20 Years: Measuring and Understanding the Changing Demographics of Unmarried Partners, 1996-2017.”

Other studies have also noted a significant jump in cohabitation among older adults, particularly in the last 10 years as divorce rates went up among this group. Divorcees make up a large proportion of older cohabiters.

Partners in interracial relationships increased from 6% to 10% of all cohabiters during this same period.

This may reflect broader population trends toward more racial and ethnic diversity across the nation.

The Hispanic population grew significantly and interracial/interethnic relationships became more prevalent between 1996 and 2017.

Cohabitation may represent an alternative to marriage for socioeconomically disadvantaged groups, but there is now a larger proportion of unmarried partners with higher educations and incomes.

At the same time, the percentage of those making more than $30,000 rose significantly. This suggests that cohabitation has become increasingly accepted by a broad swath of social and demographic groups.

How are Unmarried Partners Counted?

Not all unmarried partners were included in this study.

Prior to measurement changes in 2007, only those in relationships with the householder (the person who owns/rents the home) were counted. The CPS ASEC started allowing all respondents to identify a potential partner/boyfriend/girlfriend in the household in 2007.

Unmarried partnerships that do not include the householder tend to be younger and more socioeconomically disadvantaged, significantly shifting the characteristics of all unmarried partners in ways that make comparisons to 1996 estimates potentially inaccurate. Because of this, partnerships that did not include the householder were excluded from this study.

(Benjamin Gurrentz is a Survey Statistician in the Fertility and Family Statistics Branch of US Census Bureau.)