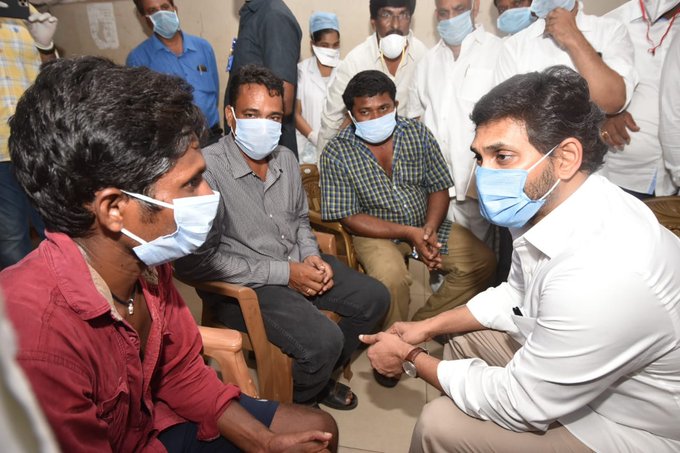 Lucknow–Two employees of the Lucknow Municipal Corporation (LMC) have been suspended for allegedly spraying disinfectant on migrant workers at the Charbagh railway station, here.

Lucknow Municipal Corporation Commissioner Indramani Tripathi said on Thursday, buses were being sanitized at the station and in the process the disinfectant was accidentally sprayed on migrants.

He said the employees responsible for the incident had been removed as they didn’t follow the set protocols.

The controversy erupted on Wednesday when a video clip, showing migrants workers being sprayed with disinfectant here, went viral on the social media. The incident took place on Tuesday when migrant workers de-boarded Shramik Express trains at the station.

The migrants had been divided into different groups to board buses to their home districts, when civic employees sprayed chemical on a family sitting on the ground.

The LMC has confirmed the veracity of the video and said the civic staff committed mistake.

Many in the group, mostly children, had complained of burning sensation and irritation in the eyes after the incident.

The disinfectant used was sodium hypochlorite, a bleaching agent used widely in textiles and detergents sector. If used in a concentrated form, it can cause skin burning.

Thousands of migrant workers from different states are arriving at the Lucknow railway station since the Ministry of Home Affairs allowed inter-state travel for people stranded due to the Covid-19 lockdown across the country. (IANS)