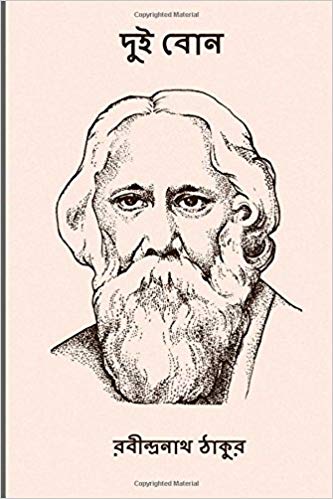 Rabindranath Tagore’s “Dui Bon” or “Two Sisters” is a novella originally written in Bengali, which dissects the phenomenon of two streams of perception, which, according to the great writer, marks a classical relationship between men and women. For a man, Tagore seems to argue, a woman is either a mother or a lover. And there is no coming together of the two roles.

The opening lines of the story lays the idea bare for the reader: “Women are of two types, that is what I’ve heard from some scholars. One is the mother category, the other is of a lover.

“If a comparison with the seasons can be drawn, the mother is like a rainy season. She gives water, provides fruits, diffuses the heat and sends you cold showers from the high skies, removes dryness, fulfills your wants.

“And the beloved is like spring. Deep is her mystery, sweet is her charm, her fickleness creates ripples in your blood…”

Much has changed since Tagore penned this story in 1933. Today, the very notion of limiting the perception of a woman’s affection towards a man merely as mother and a lover alone, may well appear inadequate. However, the story, translated this time by Nirmal Kanti Bhattacharjee, represents a slice of time and a cultural representation of Bengal, in the early 1930s, unencumbered with the thought processes of the 21st century.

But then again, when have plots involving the “other woman” ever run out of themes in fiction and in real life?

The story revolves around three characters: Shashanka, his wife Sharmila and her younger sister Urmimala. For both the women, Shashanka is the apple of their eye.

While Sharmila, whose marriage with Shashanka has seen a steady financial success, thanks to the foresight, matronly cajoling and dutiful nurturing of his wife, Urmimala or Urmi’s passion for Shashanka is that of a coquettish lover who grabs his attention and is the focus of his obsession.

Shashanka could not have done away with the order and affection which Sharmila brings to his life and routine. But he also cannot keep his attention from Urmi, as his business which was built from a financial base provided by his wife, begins to sink because he is distracted by Sharmila’s sister.

In the novella, the fates of Shashank, Sharmila and Urmi are taken to the brink, from which the trio eventually manage to walk back.

It makes for quite an interesting read. (IANS)