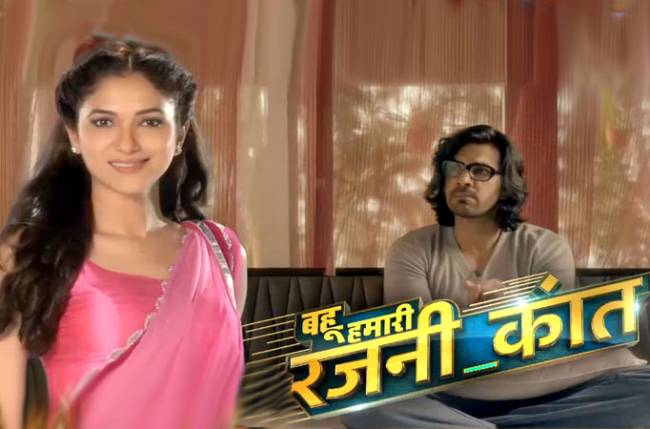 Mumbai–Veteran actress Surekha Sikri, who is currently seen as Indermati Mehra in “Pardes Mein Hai Mera Dil”, fainted on the set of the show while shooting for an upcoming sequence.

The entire cast of the Star Plus show has been juggling with erratic working schedules since the past two to three weeks.

Surekha, 71, said in a statement: “I did faint on set while shooting. It was due to weakness and I happened to skip lunch that day as I was engrossed in shooting. My doctor has advised me to eat at regular intervals and keep eating healthy food.”

Actress Ridhima Pandit, who is currently garnering applause for her role of robot Rajni in popular TV show “Bahu Humari Rajni_kant”, says she loves singing — and that if she was not an actor, she would have taken part in music reality shows.

Ridhima is known to be a good singer on the set of the Life OK show. Sometimes the whole cast and crew get together during breaks and have singing sessions.

“From my childhood, I have always loved music. I am not professionally trained, but always won prizes in singing competitions during school days,” Ridhima said in a statement.

“If I wouldn’t have bagged an acting job, I would have probably been driven towards singing reality shows. Even during festive occasions at my place, I am the lead singer and the perfect entertainment for my family and friends,” she added.

While hearing him perform on stage, all the four coaches were surprised.

Delighted by his presence on the show, Salim said: “Let’s welcome the real ‘Singh’, Sukhwinder Singh!”

“The Voice India Season 2”, which is an Indian adaptation of the internationally acclaimed reality format “The Voice”, is aired on &TV.

The episode of the show featuring Sukhwinder will be aired on January 1.

Actresses Sriti Jha and Leena Jumani, who are often seen fighting and plotting against each other onscreen as Pragya and Tanu in “KumKum Bhagya”, are reportedly planning to celebrate New Year together in Thailand.

According to a source close to the show, the two along with actor Arjit Taneja, who earlier played the role of Purab in the Zee TV entertainer, will leave for Thailand on Friday. Meanwhile, actor Shabbir Ahluwalia will bring in the New Year with his family.

With Pragya, Shabbir and Leena not available on the set, the other cast and crew members of “KumKum Bhagya” have decided to take a four-day break.

“We have kept a bank of episodes ready for the New Year’s week so that everyone is able to welcome 2017 with their loved ones. Usually, we have one or two days off but for the first time, the entire team including cast and crew are on leave for four days,” the source said.

Nikitin Dheer to celebrate New Year with wife in Singapore

Mumbai–Actor Nikitin Dheer, who was last seen as the antagonist in “Nagarjun – Ek Yoddha”, will be ringing in the New Year with his wife and actress Kratika Sengar in Singapore.

Nikitin is going on a four-day holiday.

“Too much planning has to be done because we both are working and too many things at stake, so it’s not easy,” Nikitin said in a statement.

He added: “I think it really feels nice when you get married to somebody who is in the same field and you get so many things to do if you have the same type of interests. Travelling is our common passion and we will have a blast.”

Actor Nakuul Mehta is getting along with his “Ishqbaaaz” co-star Surbhi Chandna’s boyfriend Karan Sharma, and they even went on a double date.

Nakuul spent some time with the couple at his Christmas bash – which he hosted for his close friends like Drashti Dhami, Ruslaan Mumtaz and Alekh Sangal.

A source from the set of the Star Plus show, told IANS: “Nakuul has always got along really well with his leading ladies — be it Disha Parmar in his previous show or Surbhi Chandna in ‘Ishqbaaaz’. While Surbhi and Nakuul get along really well, it was only befitting for their real life better halves to meet up as well.

“And no better occasion than Christmas eve when Nakuul and his wife Jankee invited Surbhi and her beau Karan for his annual Christmas bash where both the couples were seen enjoying to the fullest.”