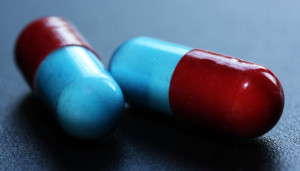 New York– While India has lifted its ban on exports of hydroxychloroquine to the US, President Donald Trump has said that he would be surprised if Prime Minister Narendra Modi did not allow it.

“I would be surprised if he does (ban its export to the US), because, you know, India does very well with the US,” he said on Monday at the COVID-19 Task Force briefing at the White House.

Trump had called Modi on April 4 and asked him to allow the export of hydroxychloroquine to the US to use it against the coronavirus epidemic.

Modi tweeted after the call that they “agreed to deploy the full strength of the India-US partnership to fight COVID-19”.

Trump is promoting the use of hydroxychloroquine as a treatment and preventive for COVID-19.

The medicine is used to treat malaria and lupus and trials are underway in New York to test its efficacy against coronavirus.

While the decision to allow the exports to resume had already been reportedly taken by India, a reporter asked Trump if he was worried about retaliation for his “decision to ban export of medical goods like Indian Prime Minister Modi’s decision to not export hydroxychloroquine to the US and other countries”.

Trump sounded surprised by the claim and said: “I don’t like that decision, if that’s (been taken); I didn’t hear that was his decision.”

“So I would be surprised if that was his decision. He’d have to tell me that.

“I know that he stopped it for other countries. I spoke to him yesterday. We had a very good talk and will see whether or not that’s his (decision). I would be surprised if he does, because you know India does very well with the US.”

In the midst of his preoccupations with the pandemic, Trump had apparently lost track of the day of his call to Modi.

On April 3, Trump had invoked the Defence Production Act to ban the export of N95 respirators, surgical masks, gloves and other personal protecting equipment that are in short supply in the midst of the COVID-19 pandemic, which has infected 366,614 people in the country as of Monday night and claimed 10,783 lives.

But India had imposed the ban on hydroxychloroquine on March 25, long before the US ban.

Trump said: “I spoke to him Sunday morning and I said, ‘We’d appreciate your allowing our supply (of hydroxychloroquine) to come’. If he doesn’t allow it to come out, that would be OK. But, of course, there may be retaliation, why wouldn’t the be?” (IANS)