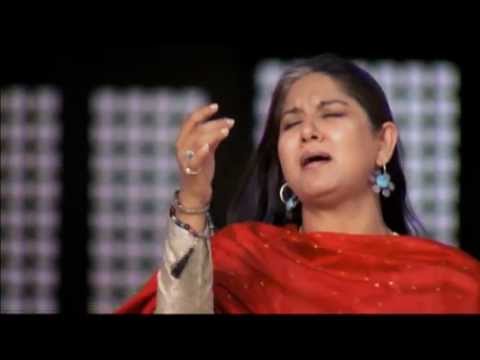 Organized by LearnQuest Academy of Music and Radio Music India and supported by the Indian Consulate in New York, the concert will be held at Carey Hall in Lexington. Ms. Khan will be accompanied by her orchestra.

Ms. Khan is a singer, music entrepreneur, actor, and cultural ambassador for the Government of India. Daughter of Sitar Maestro Ustad Vilayat Khan, Ms. Khan is one of the finest Sufi singers in the world and is known for her wide repertoire and her command over various music styles, whether it’s Indian Classical, World Music & Indo-Jazz Fusion, Traditional Ghazal, and Sufi music.

She regularly performs at major Indian and International music festivals and venues such as Lincoln Center, Kennedy Center, Symphony Space, Broadway, and Trafalgar Square. She has also been featured on MTV Coke Studio, Buzzfeed, MTV IGGY.

Besides singing, Ms. Khan is also a music entrepreneur and has multiple ventures that she oversees. She is the co-owner of Arré Siren, India’s first music and comedy festival and content platform that is solely headlined by female artists. She is a partner and curator at Ranthambore Festival, a festival that endeavors to conserve traditional music and nature. Lastly, she runs the UstadGah Foundation, a not-for-profit organization that aims to mentor and empower underprivileged children who are musically talented, and help them develop meaningful careers and monetary avenues to sustain themselves through music.

As an actor, She has played a supporting role alongside Deepika Padukone in the Sanjay Leela Bhansali Bollywood blockbuster Bajirao Mastani, and currently essays the lead role in Lillete Dubey’s theatrical play Gauhar, which has been receiving acclaim from audience and critics around the world.

Being a representative of Indian Heritage and Culture, Zila Khan is one of the select artists who has featured in the Incredible India advertisement campaign for the Tourism Ministry of India. She was conferred the Incredible India Award by the Ministry of Tourism in September 2017. A recipient of the Ghalib Award, she is the performer of choice at various Presidential and Prime Ministerial level receptions for state dignitaries.

Ms. Khan is a passionate supporter of Gender Equality, Women’s Rights, and the Protection of Cultural Heritage.