It will include abhinaya dance by Ranjani Saigal, Vandana Tiwari Sharma, and Nikita Minocha with recitations and performances by Parveen Minocha, Manisha Jain, Parul Kumar, Manorama Choudhury and Meena Mehta.

An album single of a devotional song ‘ Tose Araj Karun Sanwariya with lyrics by Tulsidas and composed and sung by Kiran Nath will be released by the Chief Guest Vipul Dev, Consul, Consulate General of India, New York.

The event will be emceed by Parveen Minocha, Manisha Jain and Sanjay Kaul. 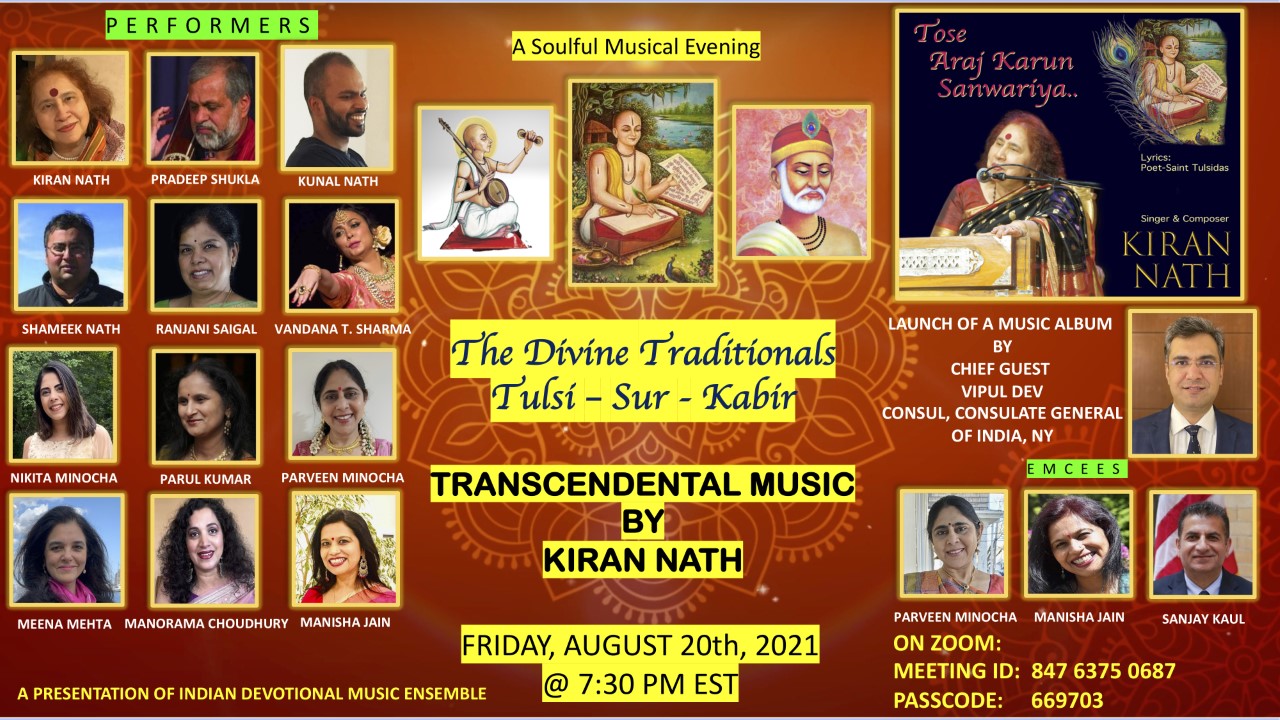