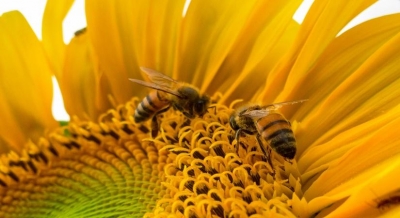 New Delhi– Recent years have seen an influx of health and fitness trends, especially pertaining to diets, making their way into our social media news feeds and our daily lives. More often than not, these trends simply include superfoods that have existed for several years or even decades. These superfoods come with a myriad of benefits and in several cases, are merely being incorporated in innovative recipes. Amid these, there is one that has existed for several decades with its benefits being widely recognised across the world — bee pollen.

What is bee pollen?

A mixture of flower, pollen, nectar, enzymes, honey wax, and bee secretion, bee pollen is collected by honeybees from plants and transported to their beehives. Most of us would have come across these yellowish pellets stored in jars at local shops dealing in organic/health food or sprinkled on top of smoothie or acai bowls in social media as a finishing touch and garnish, or even included as a salad ingredient.

Now, although bee pollen has been considered a nutrient-dense superfood in several cultures, including Chinese medicine, it has gained immense traction in the health community over the past few years. Realizing that it is packed with nutrients, amino acids, vitamins, lipids, and over 250 other active substances, bee pollen is now increasingly being included by several consumers in their regular diet. While the nutritional level and contents of the pollen vary depending on the plant source and season during which it was collected, bee pollen on average contains approximately 40 per cent carbohydrates, 35 per cent protein, 4-10 per cent water, and 5 per cent fat. Here are some of the key health benefits that can be derived from bee pollen.

Although it is significantly different from bee venom and honey, bee pollen is also a form of apitherapy. In fact, a single teaspoon of bee pollen can contain over 2.5 billion nutrient-packed flower pollen granules, making it one of the richest sources of vitamins and other nutrients. It also works as an anti-inflammatory agent and has high antioxidant properties, similar to fermented foods, and counters the oxidants stemming from external factors such as air pollution that can damage our internal organs. Helping to keep our livers healthy, bee pollen even facilitates the healing process if a person has gone through liver damage.

Yet another crucial benefit that bee pollen offers is strengthening our immune system. With its antimicrobial, antifungal, and antiviral properties, bee pollen helps the body fight bacteria and viruses and bolsters immunity — something that is currently much-needed. Containing bioflavonoids and Vitamin-C, bee pollen not only promotes muscle growth but also assists in speeding up metabolism and helps in longevity. These small ball-shaped yellow pellets also come in handy when it comes to easing menopause symptoms in middle-aged women such as hot flashes and helps reduce irritability and joint aches while facilitating better sleep, mood, and energy levels. Containing anti-estrogen properties, this superfood even lowers the risk of breast and prostate cancer. Besides, it also improves blood flow to our nervous system, thereby reducing stress levels while also alleviating tiredness.

A word of caution

While bee pollen certainly contains abundant health benefits, it’s best to consume it in limited quantities. Furthermore, bee pollen may not be advisable to those with pollen allergies or women who are pregnant or breastfeeding. It would also be best for those on long-term medications to consult their physicians before including bee pollen in their diet as it can interfere with certain medications.

Despite not being a miracle cure, bee pollen, if consumed in moderate quantities, can help improve your health in the long run. For your daily dose of nutrients and a boost in flavour, add it to your yoghurt, oatmeal, or cereal, drizzle some honey on top, and dig in! (IANS)