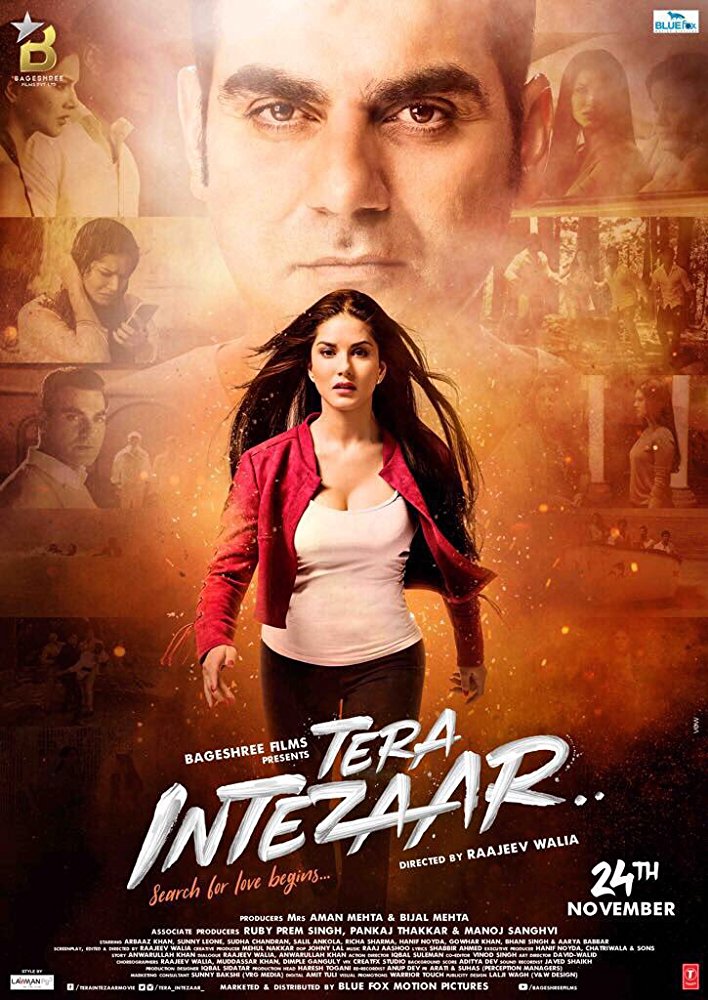 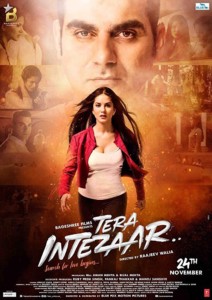 Narrated in a non-linear and in the most convoluted manner, “Tera Intezaar” is a weird love story between artist Veer Singh Rajput (Arbaaz Khan) and his muse Rounak (Sunny Leone), who also happens to be the owner of an art studio.

What makes the narrative confusing is that the film directly begins with the second act. And to top it all, the paranormal activities along with the various points-of-view, hallucination and dream sequences, throw the audience off gear.

The narrative begins with Rounak finding herself lying unconscious on the floor of Veer’s villa, whose walls are mounted with his paintings. As she leaves the bungalow, her four art agents, Janashir (Hanif Noyda), Bobby (Salil Ankola), Arina (Gowhar Khan) and Vikram (Arya Babbar) enter and try to steal the paintings.

As they unmount the paintings, water seeps through the walls of the villa and the quartet are teleported in the middle of the ocean and thereafter to the mysterious land that’s seen in Veer’s painting.

Meanwhile, Rounak goes searching for Veer who is missing. When she visits Veer’s place again after a few days, she finds the painting reflecting incidents that kill the four art agents.

She realises that there is something wrong and bizarre happening so with the help of a clairvoyant (Sudha Chandran), how she traces Veer, forms the crux of the tale.

On the histrionics front, all the actors are perfunctory and they deliver a lacklustre performance.

While this could have been a gripping tale, “Tera Intezaar” has all the traits of an amateurishly written script, which include poor characterisation, “tell and show” scenes and poorly penned dialogues that become unintentionally humorous.

The plot is paper thin, stretched with songs that don’t mesh seamlessly into the narrative. Case in point is, in a scene during a business deal between her agents and Veer, Rounak tells Veer, “I have a surprise for you”, and she breaks into the number, “I’m a sexy Barbie girl”.

Wish the director had focussed his energies on the story telling and not on the technicalities of brilliant framing and locales of Mauritius which are aesthetically captured. The songs seem straight out from a music album with Sunny posing seductively sans oomph.

The background score with its deafening beats is harsh and sure to induce a headache.

Overall, this film leaves you flummoxed and amused. (IANS)