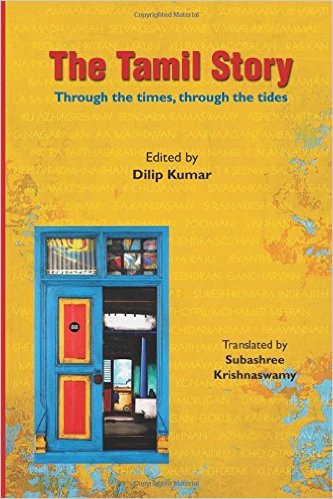 New Delhi–With a surge in translations of Indian literature into English, readers across the spectrum have been transcending the language barrier.

From novels and short stories to plays and poems, the rich literary heritage of Indian languages is now reaching readers outside their respective regions and, indeed, worldwide.

One such effort is ‘The Tamil Story’ (Westland/Rs 799/pp 604), a compilation of 88 short stories that aims at presenting modern trends in Tamil literature for a larger audience. It proves that Tamil literature is not just a treasure trove of classical texts but is equally vibrant in modern times.

“We wanted to overturn the misconception and establish that Tamil has a strong and vibrant modern literary tradition that is comparable to any other language, Indian or foreign,” Dilip Kumar, who edited the compilation, told IANS in an email interaction from Chennai.

The book traces the evolution of short stories in Tamil and showcases the richness of the language. The selection of the stories was a challenge, and the translators set three vital parameters.

“We wanted the selected pieces to possess a very strong sense of ‘story’, so that they would survive the conflict of nuances between languages during the process of translation. Second, we decided to choose stories that reflected diverse geographical, professional and social backdrops that are a composite of Tamil life and ethos. Finally, the commitment of the writer to the form of the short story and to the truthful narration of the depicted experience was crucial,” said Chennai-based translator Subahsree Krishnaswamy.

Some stories date to 1913, when the writers used the language that had a quaint charm.

Was it difficult to maintain that essence while translating?

“Every story, though compact, is a complete world in itself. You bring all your resources and knowledge into the process so that you can convincingly capture what the author intended — the humour, irony, pathos, and the like,” Dilip Kumar said.

“When you translate a story, you actually dismantle it piece by piece and reassemble it in another language. While you cannot replicate, you try your level best to ensure that the spirit of the original remains intact,” he added.

The book is a result of reading thousands of stories written in the past nine decades and represents almost all the aesthetic and political perspectives manifested in Tamil short stories.

“Leaping back and forth in time was one of the biggest challenges. We had planned to translate the stories in chronological order, but it was impossible to access the stories in a linear fashion,” stated Krishnaswamy.

For the translator and the editor, the book is a treasure trove for those who cannot read the Tamil language.

“These are short stories which offer fascinating glimpses into life. The situation and context may be local, but they carry a strong whiff of the universal,” Krishnaswamy maintained.

They also stressed on the need to translate more of Indian literature.

“We have a wealth of literature in our Indian languages. Many books have been published to critical acclaim and have won several awards. They should be translated because they are vignettes of our own lives,” Dilip Kumar and Krishnaswamy say in the introduction.