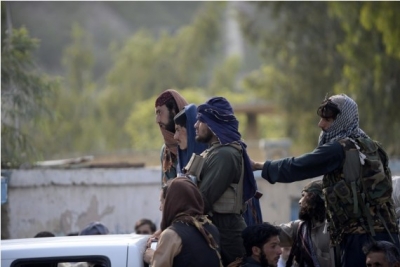 Kabul– As the world organisations start pooling in with humanitarian aid to prevent the foreseen major humanitarian crisis looming over Afghanistan, the Taliban leadership has said that aid supplies landing in the country should be handed over to them as they would hold the responsibility to provide for the poor, needy and the deserving.

The statement was made by the acting Foreign Minister of the Islamic Emirates of Afghanistan, Amir Muttaqi, who said that it is the responsibility of the Taliban-led government in the country to ensure provision of required relief to the deserving perons.

Muttaqi’s statement has left the international community in another difficult situation as the Taliban push forward global legitimacy demand and call for engaging with the Taliban leadership.

Muttaqi also lashed out at the US for not responding to the help the Taliban gave them during their withdrawal, with severing of aid and freezing of assets.

“We helped the US until the evacuation of their last person. But unfortunately, the US, instead of thanking us, froze our assets,” he said.

“We welcome the pledge of emergency aid funding committed to Afghanistan during yesterday’s meeting hosted by the UN in Geneva,” Muttaqi added, urging the international community to engage with the Taliban and ensure recognition of the Taliban-led government in Afghanistan.

Muttaqi also highlighted that reluctance to recognise the Taliban-led administration in Kabul could further damage the already suffering Afghan economy.

“We are willing to work with any country, including the US. But we will not allow anyone to dictate us,” he said.

The call for global engagement by the Taliban comes after UN chief Antonio Guterres hosted a donor conference of the UN and stated that provision of humanitarian assistance to Afghanistan would be impossible without engaging with the Taliban.

The UN donor conference has pledged $1 billion in Afghanistan aid to prevent the country from collapsing due to economic and humanitarian crises.

But the concerns still pertain to the formal recognition of the Taliban-led administration and formal engagement with the Taliban to ensure the aid doesn’t land in wrong hands.

The Taliban have demanded the international community to open formal relations with their leadership, highlighting that Afghanistan is open for foreign investments.

Muttaqi also stated that the reservations of western capitals regarding respect of human rights of women and others were “unfair and unjust”, adding that the interim government will respect all human rights, including that of women.

And while the Taliban thanked countries like Qatar, Pakistan and Uzbekistan for their aid supplies, they have made it clear that any aid supplies for Afghanistan would have to be distributed through the interim government, a position that the western countries and others are not ready to accept. (IANS)