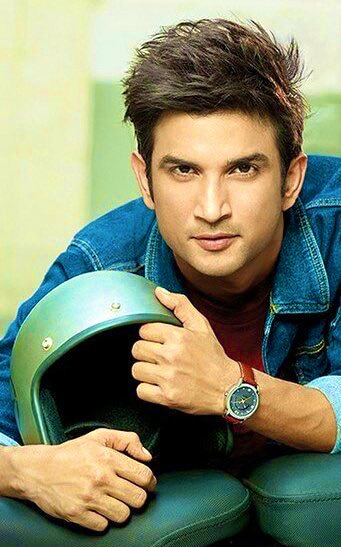 Mumbai– A well known Mumbai criminal lawyer has contended in a video statement here on Wednesday that Bollywood actor Sushant Singh Rajput’s death case is “all about money” with too many big players involved in it.

Ashok Saraogi – who also represents one of the accused in the case – said despite all allegations being bandied around, the Sushant investigation is still incomplete.

First it was labeled as a ‘suicide’ and later a ‘murder’ and the names of people close to him cropped up along with allegations of actress Rhea Chakraborty’s involvement, but it’s not as simple as it appears, he said.

On the allegations of financial misappropriation of Sushant Singh Rajput’s wealth, Saraogi claimed that the CBI is in possession of a mobile phone that has full details of the monetary transactions.

“Many transactions took place from Dubai under the code name of ‘chocolate’, how many ‘chocolates’ came or were returned since Sushant had cancelled one programme there and had to return the fees,” he said.

Saraogi shared details of what he claims are his own investigations, saying the late actor’s main banker was Kotak Mahindra Bank from which he did most of his transactions. In January 2020, Sushant had made an investment of Rs 65 lakh with the Aditya Birla group, plus he had Rs One crore each in HDFC Bank, ICICI Prudential, Kotak Equity, and another Rs 34 lakh in Kotak Treasury.

“He also had a lot of money in Kotak Mahindra Bank in which his sister (Priyanka) is a nominee and also she is the nominee in the HDFC bank account where there is over Rs 1.16 crore,” said Saraogi.

Touching on the drugs matter that has recently cropped up, Saraogi said that there are indications that Sushant may be involved in drugs through his driver-cum-bodyguard Sohail Sagar who also travelled with him to Patna and Chandigarh.

The lawyer said that Sagar was allegedly linked with one supplier, who was most-likely Bandra-based — he said this could be ascertained from WhatsApp chats and drugs like Moda, AK47 and one consumed as drops with liquids were regularly supplied to his home and definitely going to him (Sushant).

He contended that one of the witnesses in the case attempted to provide details to the Mumbai Police who declined to take note saying they were only concerned with the suicide probe.

According to Saraogi, drugs had taken a toll on Sushant’s health to such an extent that a prominent company refused to take him on as its brand ambassador due to his poor physique, and all these details are available with the CBI and Mumbai Police.

Sometime last year, Sushant wanted to quit Bollywood, and his family even asked him to leave Mumbai and return home where he could get into the restaurant business.

“All this is available in a 45-minute video in which he was talking to his team of advisors to secure his finances for his future,” he said.

In another sensational statement, Saraogi said that Sushant’s brother-in-law, O. P. Singh – an IPS officer – was in touch with the actor’s staff and reportedly “used to get a daily report on his activities”.

When Sushant had visited his sister in January, Singh had also allegedly demanded and taken an expensive wristwatch (worth around Rs Five lakh) from the actor.

On return to Mumbai, Sushant told Rhea that he had no watch and she immediately arranged to buy him a similar high-end watch worth around Rs 3.5 lakh (with discounts).

“I have all the evidence, photographs, and other proof of whatever I am stating here… Don’t think that by catching one person and sending him to gallows will end the matter… Many big people are involved in all this,” Saraogi said. (IANS)