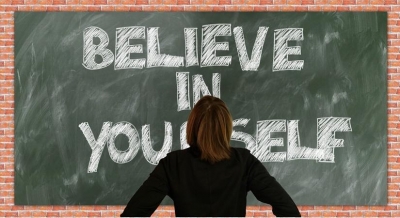 New Delhi– A global report has identified ‘self-love crisis’ for women around the world, with one in two women feeling more self-doubt than self-love, and 60 per cent wishing they had more respect for themselves.

According to The Body Shop Global Self Love Index, while India ranked 10th marking its position almost in the middle, South Korea, Saudi Arabia and France rank lowest for self-love, whereas Denmark, Australia, and the US rank the highest.

The study, designed by The Body Shop and market research firm Ipsos, ran between November and December 2020 with over 22,000 people in 21 different countries. The Self Love Index comprises a number of academic measures of self-worth, wellbeing, and happiness, and reveals how age, gender, country, and living standards impact how people feel about themselves.

Meanwhile, The Body Shop is launching a global movement called the “Self Love Uprising”, supported by British activist and actress Jameela Jamil internationally.

Jamil said: “I see the lack of self-love as an emotional pandemic, and one which is sadly hitting younger generations the most. Self love is an inside job, so let’s all take just one positive action towards loving ourselves. As a woman, being proud of yourself and believing you are ‘enough’ as you are, is an act of social and political resistance.”

The brand has joined hands with three Indian change makers aka the Leading Lights — Trinetra Haldar Gummaraju, Alex Mathew and Ankita Chaturvedi who will support the cause.

Key findings of The Self Love Index include:

People in India have a Self-Love Index score of 52, 1 point below the global average score (53)

Self-Love increases somewhat with age in India. Those under 35 are more likely to be in the lowest 25 per cent of the Self-Love scores (37 per cent compared to 20 per cent of those 55 and over).

People who are single have lower Self-Love, with an average score of 49.

Those living in the North have a lower Self-Love Index score (50) than those living elsewhere in the country.

Economic status impacts Self-Love with 40 per cent of those who are not financially comfortable in the lowest 25 per cent of self-love scores, both with a Self-Love Index score of 46.

Those who have been educated to a higher level had a more self-love, with those educated to degree level scoring 53, compared to 47 among those who did not go to university.

65 per cent of people in India say they always or usually get the social and emotional support they need. Women (68 per cent) and people who are married are more likely to feel supported (69 per cent)

According to the findings, Covid-19 has had a slightly more positive impact on women’s self-love than negative. However, women with low self-love were six times more likely to say Covid-19 had a negative impact on their self-love, and women with financial worries also say Covid-19 had a negative impact, suggesting that the pandemic has compounded self-esteem issues for the most vulnerable women in society. Resilience is also linked to self-love: the higher a person scored, the more likely they were to say they are quick to bounce back from tough times.

One divisive issue when it comes to self-love is social media. Heavy users of social media are twice as likely to say they get the emotional support they need compared to non-users, indicating social media networks may play a valuable role in providing support networks for women. However, the research also shows that heavy social media users have lower levels of self-love, are more likely to compare themselves to others, and are often more unhappy with their body.

Gummaraju, said: “Before self-love comes self-acceptance. It could mean coming to terms with your queerness. It could mean allowing oneself to be loved by someone, just as one is. One has to start somewhere, and I strongly believe everyone has that inherent ability, no matter how hard to access. I feel when marginalised individuals love themselves, a revolution begins. The Body Shop India, in an attempt to bring about this revolution is backing up a meaningful campaign — Self Love Uprising that I honestly resonate with.”

Mathew said: “Self-love for me means finding and accepting my own uniqueness. Every time I face a situation, my first priority is to safeguard my happiness and positivity. Unhappy and unsatisfied living by the societal norms to please others, drag as an art form came to my rescue and helped me understand myself better. Maya comes from a place of love, kindness and fierceness. The moment you accept your true self; you will start falling in love with yourself. Surrounding yourself with positivity is the biggest step one can take on their path to self-love and lastly, always listen to your intuition and not just your inner critic.” (IANS)